Know the Science: The Facts About Health News Stories

Is It Real Online News? Or Just Advertising? 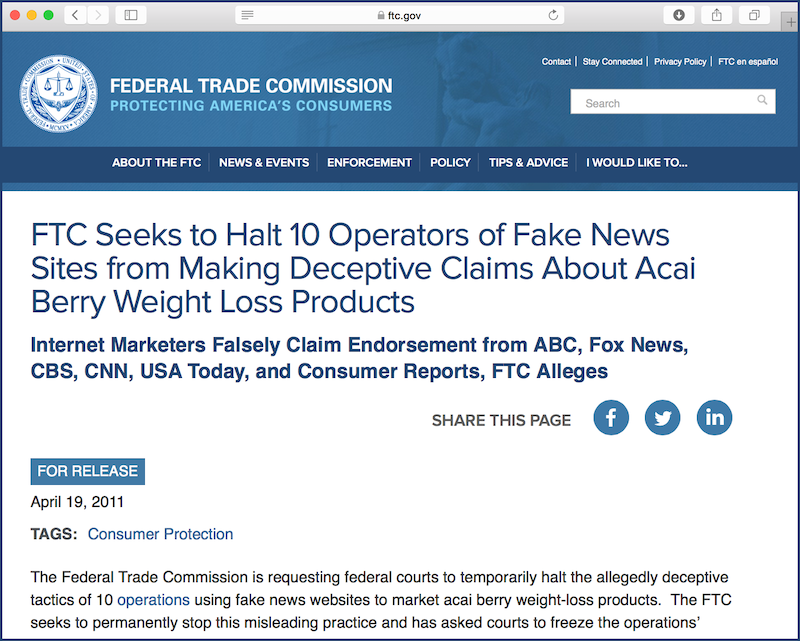 On a typical fake “news” site, a story described an investigation in which a reporter used the product for several weeks, with “dramatic” results. The site looked real, but it was actually an advertisement. Everything was fake: there was no reporter, no news organization, and no investigation. The only real things were the links to a sales site that appeared in the story and elsewhere on the Web page.

Which of the following do you think may be an indication that a “news” site is fake? (Check all that apply.)

View more resources from the Know the Science Initiative.

Know the Science is now available in Spanish!