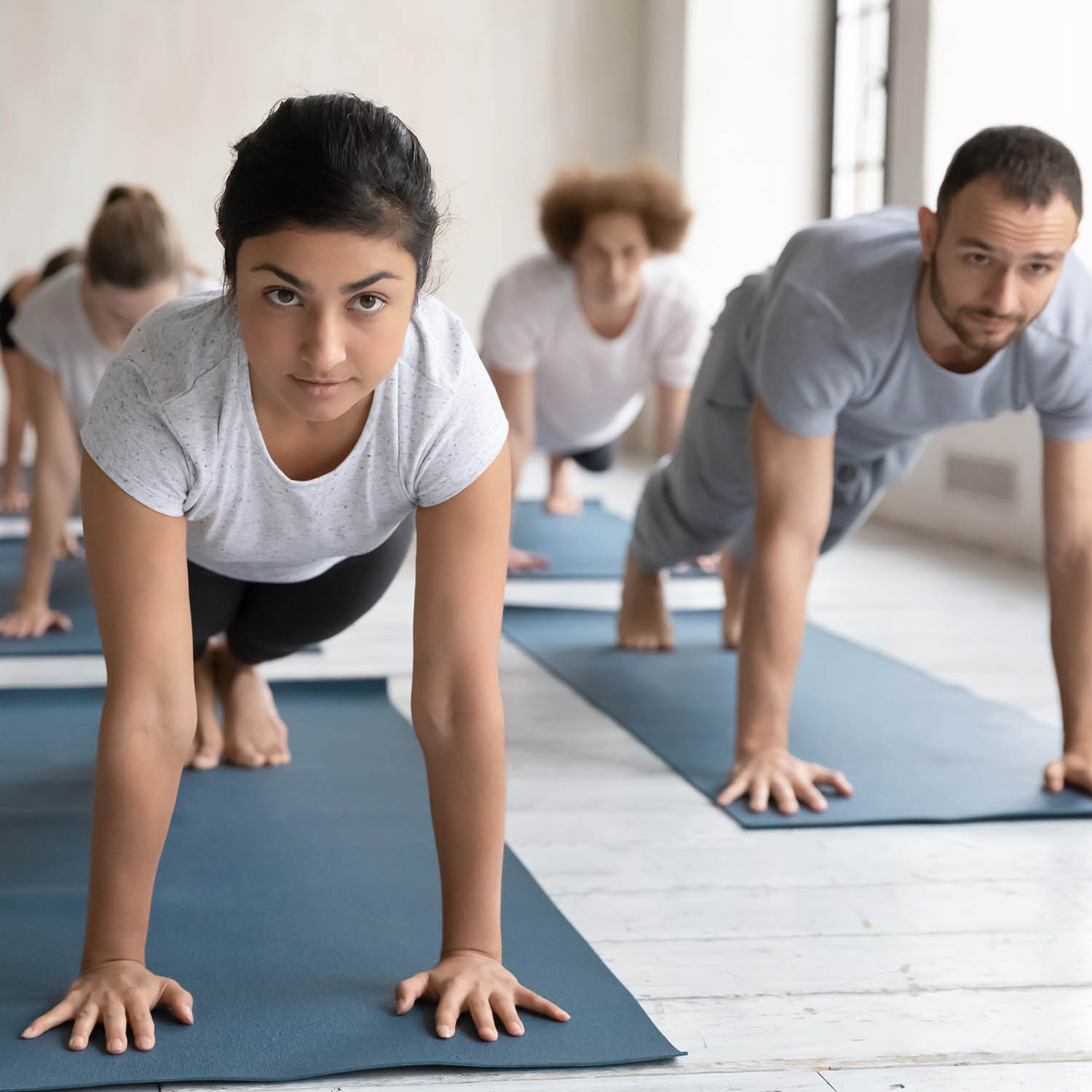 Many people practice yoga for health-related reasons, such as for well-being and fitness, to help control stress, or to help manage or prevent a health problem. Results of studies on the effects of yoga on health have found that yoga may be more beneficial for some health conditions than for others. This issue of the digest summarizes the current research on yoga for several health conditions and in different populations.

What the Science Says:
Yoga for Health

The American Academy of Pediatrics (AAP) recommends yoga as a safe and potentially effective therapy for children and adolescents coping with emotional, mental, physical, and behavioral health conditions. Yoga can help children learn to self-regulate, focus on the task at hand, and handle problems peacefully. Yoga may also improve balance, relieve tension, and increase strength when practiced regularly. Because some yoga poses are harder than others, the AAP cautions that even children who are flexible and in good shape should start slowly.

Read more about the research on yoga for children and adolescents

Older adults who practice yoga should put safety first. It’s a good  idea to start with an appropriate yoga class—such as one called  gentle yoga or seniors yoga—to get individualized advice and learn correct form. Chair yoga is an even gentler option for seniors with limited mobility. And it’s important for older people with medical  issues to talk to both their health care providers and the yoga  teacher before starting yoga.

Read more about the research on yoga for older adults

Only a small amount of research has investigated yoga for general well-being, such as improving sleep and reducing stress, and the findings have not been completely consistent. Nevertheless, some preliminary research results suggest that yoga may have several different types of benefits for general well-being.

Yoga may help relieve low-back pain and neck pain, but it has not been shown to be helpful for some other painful conditions such as headache, arthritis, fibromyalgia, or carpal tunnel syndrome.

Read more about the research on yoga for pain conditions

Quite a few studies have been done on yoga for people with cancer, especially on women with breast cancer. These studies have produced some evidence that yoga can help improve quality of life and reduce fatigue and sleep disturbances. Other forms of exercise may have similar benefits.

Yoga may be helpful for anxiety or depressive symptoms associated with difficult life situations. However, the research on yoga for anxiety disorders, clinical depression, or posttraumatic stress disorder (PTSD), although mildly positive, is still very preliminary.

A small amount of research in people with multiple sclerosis found that yoga has short-term benefits on fatigue and mood, but it doesn’t affect muscle function, reasoning ability, or quality of life. The effects of yoga on fatigue are similar to those of other kinds of exercise.

Read more about the research on yoga for other conditions