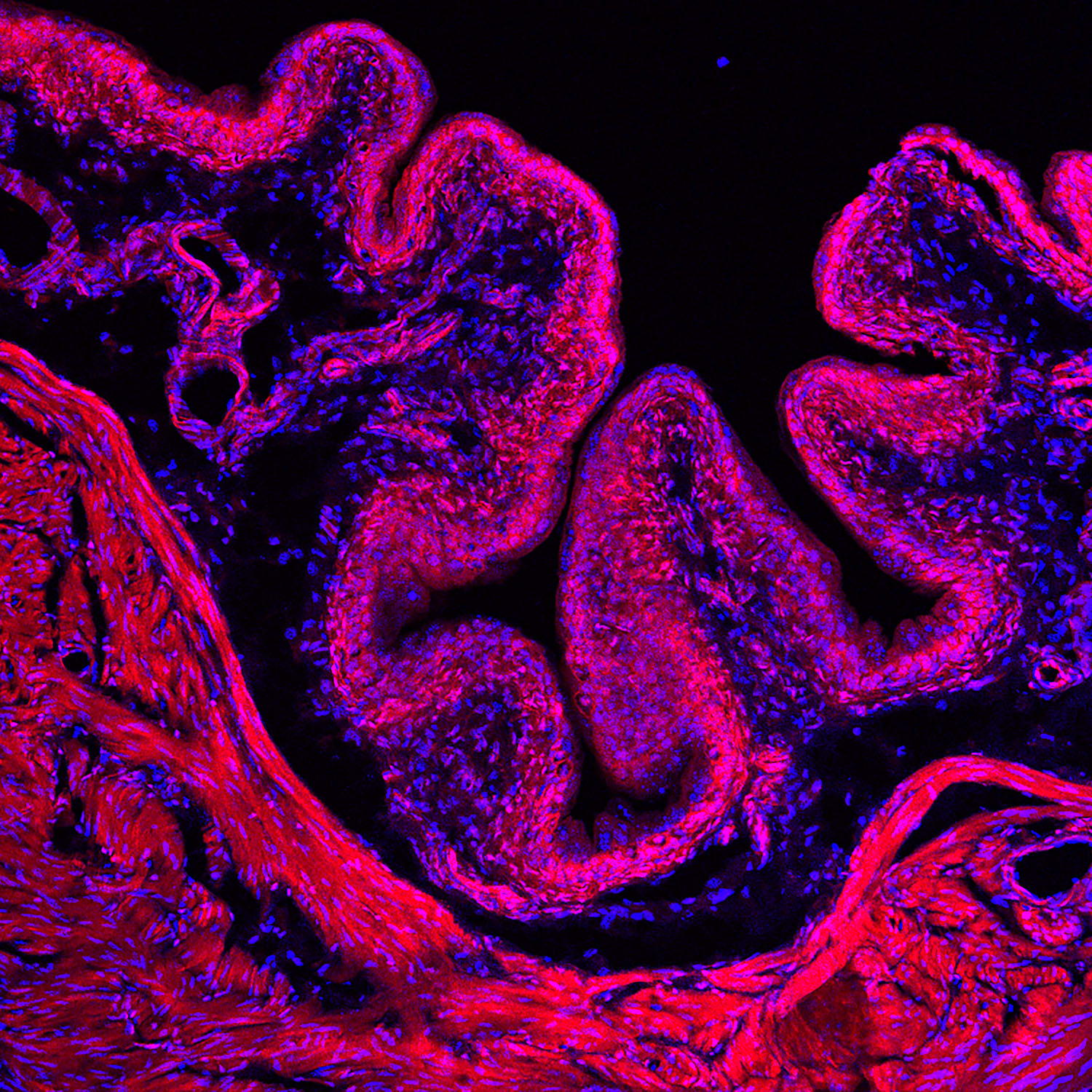 In a National Institutes of Health (NIH)-funded study involving both mice and patients who are part of an NIH Clinical Center trial, researchers discovered that a gene, called PIEZO2, may be responsible for the powerful urge to urinate that we normally feel several times a day. The results, published in Nature, suggest that the gene helps at least two different types of cells in the body sense when our bladders are full and need to be emptied. These results also expand the growing list of newly discovered senses under the gene’s control.

“Urination is essential for our health. It’s one of the primary ways our bodies dispose of waste. We show how specific genes and cells may play critical roles in initiating this process,” said Ardem Patapoutian, Ph.D., professor, Scripps Research Institute, La Jolla, CA and a senior author of the paper. “We hope that these results provide a more detailed understanding of how urination works under healthy and disease conditions.”

Urine is produced when the kidneys extract waste and excess water from the blood and send it to the bladder. Over time, it fills up and expands like a balloon, putting tension on the bladder muscles. Then, at a certain point, the body senses that it is reaching a limit, which triggers the urge to urinate.

The PIEZO2 gene contains instructions for making proteins that are activated when cells are stretched or squeezed. In this study, the researchers found that patients who are born with a genetic deficiency in PIEZO2 have trouble sensing bladder filling while experiments in mice suggested the gene plays two critical roles in this process. It may help certain bladder cells gauge expansion while also sparking neurons to relay tension signals to the rest of the nervous system.

The study was a collaboration between Dr. Patapoutian’s team and researchers working in NIH labs led by Alex Chesler, Ph.D., senior investigator, at the NIH’s National Center for Complementary and Integrative Health (NCCIH) and a senior author of the paper, and Carsten Bönnemann, M.D., senior investigator at the NIH’s National Institute of Neurological Disorders and Stroke (NINDS).

In 2010, Dr. Patapoutian’s team discovered the PIEZO2 gene along with a similar gene called PIEZO1 in a line of mouse brain tumors. Before then, scientists knew of only a few rare examples from flies, worms, and mice in which a gene helped tissue, such as hairy skin cells, sense changes in shape and pressure. Since the discovery, Dr. Patapoutian’s team and others have primarily shown in mice that the PIEZO2 gene may play many roles throughout the body including controlling the sense of touch, vibration, pain, and proprioception, the unconscious awareness of one’s body in space.

More recently Dr. Patapoutian’s and Dr. Chesler’s teams had been exploring whether PIEZO2 played a role in urination.

“There were a lot of reasons to think that PIEZO2 could be important for urination. Theoretically, it made sense as it is a pressure sensor for other internal sensory processes,” said Kara L. Marshall, Ph.D., a post-doctoral fellow on Dr. Patapoutian’s team and the lead author of the study.

Then in 2015, a breakthrough happened. The NIH researchers discovered people who were born with disabling mutations in their PIEZO2 genes. Initial evaluations of these PIEZO2 deficient individuals at the NIH’s Clinical Center reproduced some of the mouse results. They had no sense of proprioception and could not feel some forms of touch and pain. They also had something else in common.

“We were really struck by what we heard during background interviews with patients and their families. Almost everyone mentioned that the patients had problems with urination. As children, they had trouble potty training. They would often have urinary tract infections. And most of them follow a daily urination schedule,” said Dimah Saade, M.D., a clinical fellow on Dr. Bönnemann’s team and an author of the paper. “After seeing a consistent pattern, we decided to take a closer look.”

The researchers examined medical records, performed ultrasound scans, administered questionnaires, and conducted detailed interviews with 12 patients, 5 to 43 years of age, and their families.

“These results strongly suggested that PIEZO2 plays a role in urination,” said Dr. Marshall. “We wanted to know how it may do this.”

In-depth experiments in mice helped them address this question.

Initially, the researchers found that the PIEZO2 gene was highly active in a few dorsal root ganglion (DRG) neurons that send nerve signals from the mouse bladder to the brain. Aided by an advanced, real-time imaging system, they saw that the cells lit up with activity when a mouse’s bladder filled with fluid. They also found that the PIEZO2 gene was turned on in some “umbrella” cells which are found among the cells that line the inside of a bladder.

“These were the first clues to understanding where in the urinary tract PIEZO2 worked. They suggested that it may help control the bladder,” said Nima Ghitani, Ph.D., a post-doctoral fellow in Dr. Chesler’s lab and an author of the study.

Next, they found that deleting the gene from the neurons and umbrella cells not only reduced the cells’ responses to bladder filling but also caused the mice to have problems with urination. The mutant mice showed some signs of incontinence and urinated randomly in their cages instead of in a corner as seen with control mice. Meanwhile, mutant mouse bladders required more fluid and greater pressure than normal to trigger urination which was reminiscent of the patient reports.

They also found that deleting the gene from the two cell types had longer lasting effects. For instance, the muscles of the mutant bladders were thicker than controls, suggesting the loss of sensation remodeled the bladder.

“Neurologists have always known that there’s a strong link between the nervous system and bladder control, both on a conscious as well as on an automatic level,” said Dr. Bönnemann. “Our patients together with the results in the mouse models teach us how the loss of the critical sensor PIEZO2 profoundly disrupts the wiring behind normal bladder control, ultimately reshaping the bladder itself.”

Finally, the researchers found that deleting the PIEZO2 gene from either the umbrella cells or the DRG neurons produced similar results as deleting it from both cell types simultaneously. Eliminating the gene from either cell lengthened the time that mice would take before feeling the need to squeeze their bladders and it increased the pressure applied during each squeeze.

“Our results show how the PIEZO2 gene tightly coordinates urination,” said Dr. Chesler. “This is a major advance in our understanding of interoception – or the sense of what’s going inside our bodies.”

In the future, the researchers will continue to examine the role PIEZO2 plays in urination and other interoceptive senses while also exploring the clinical implications of their discovery for the millions suffering from urinatory control problems.

These studies were supported by the NINDS and NCCIH divisions of intramural research, NIH grants (NS105067, NS108439, DK121494), and the Howard Hughes Medical Institute.

National Institute of Diabetes and Digestive and Kidney Diseases (NIDDK)

The Urinary Tract & How It Works