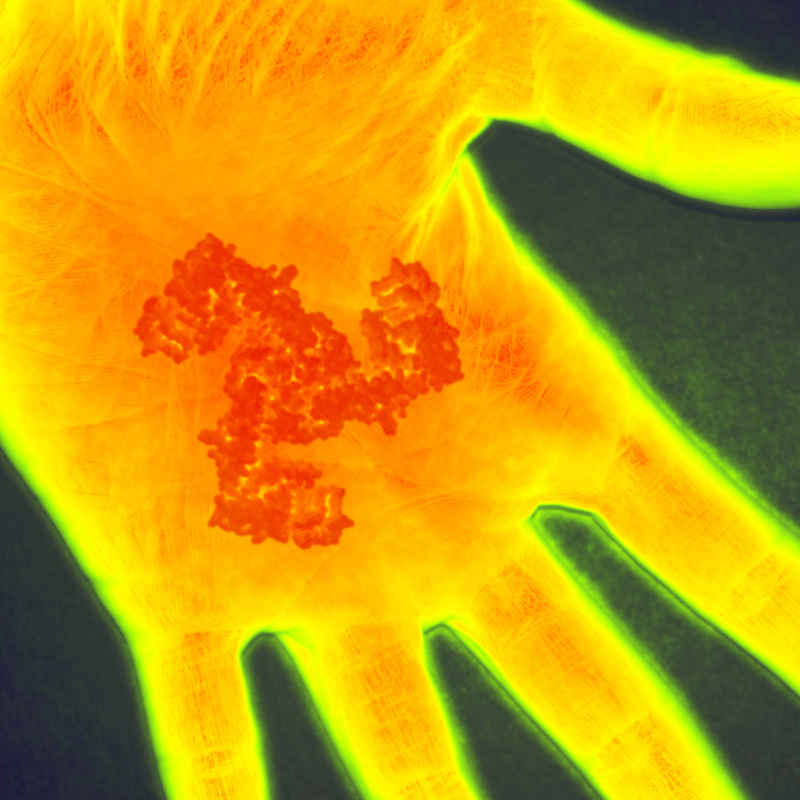 A Gene for Painful Touch NIH funded studies found that the PIEZO2 gene may control the skin’s reaction to injuries, like sunburns, that make gentle touches feel painful. Courtesy of the Chesler lab.

Ever wonder why things that normally feel gentle, like putting on soft shirts, are painful after a sunburn? In a study of four patients with a rare genetic disorder, NIH researchers found that PIEZO2, a gene previously shown to control our sense of our bodies in space and gentle touch, may also be responsible for tactile allodynia: the skin’s reaction to injury that makes normally gentle touches feel painful. This and a second NIH-funded study, both published in Science Translational Medicine, used mice to show how the gene may play an essential role in the nervous system’s reaction to injury and inflammation, making PIEZO2 a target for developing precise treatments for relieving the pain caused by cuts, burns, and other skin injuries.

“For years scientists have been trying to solve the mystery of how gentle touch becomes painful. These results suggest PIEZO2 is the gene for tactile allodynia. We hope that these results will help researchers develop better treatments for managing this form of pain,” said Alexander T. Chesler, Ph.D., a Stadtman Investigator at the National Center for Complementary and Integrative Health (NCCIH) and a senior author of one of the studies.

The PIEZO2 gene encodes what scientists call a mechanosensitive protein which produces electrical nerve signals in response to changes in cell shape, such as when skin cells and neurons of the hand are pressed against a table. Since its discovery in mice by a team led by Ardem Patapoutian, Ph.D., Scripps Research, La Jolla, CA, the lead author of the second paper, scientists have proposed that PIEZO2 plays an important role in touch and pain in humans.

In 2016, Dr. Chesler’s team worked with the group of Carsten G. Bönnemann, M.D., senior investigator at the NIH’s National Institute of Neurological Disorders and Stroke (NINDS), to show that two patients who had mutations in PIEZO2 that eliminated its activity lacked proprioception, or a sixth sense of how our bodies are positioned in space. They were also unable to feel vibrations and were less sensitive to certain forms of gentle touch.

In this new study, Drs. Chesler and Bönnemann worked with pain expert Catherine Bushnell, Ph.D., at NCCIH, to examine four more patients at the NIH’s Clinical Center and found that PIEZO2 controls tactile allodynia after a skin injury. To test for allodynia the researchers had participants sit at a table facing a barrier that blocked their view of their arms. The researchers then dabbed two creams onto a participant’s arm. One was a placebo, which had no effect, and the other contained capsaicin, the ingredient that makes chili peppers hot and causes inflammation, as seen with sunburns.

“What’s remarkable about the PIEZO2-deficient participants is the ‘clarity’ of their conditions. With their help we’re getting fundamental new insights about how the loss of PIEZO2 affects them specifically and learning what PIEZO2 is normally used for, which could be of immense medical importance to all other people,” said Dr. Bönnemann. “This type of PIEZO2-dependent pain makes it very hard to apply bandages to burns and wounds that are important for healing. Most pain treatments numb large areas of the body. Our results suggest that if we could shut down PIEZO2 in the area of a wound, we would hopefully relieve the pain and speed recovery.”

Further experiments in mice by Dr. Chesler and Dr. Patapoutian confirmed the results observed in patients. Deleting PIEZO2 eliminated gentle touch sensations in mice as well as those felt during inflammation and injury.

“It appears that inflammation doesn’t change the ability of neurons in the skin to sense gentle touch but instead reroutes the information that’s sent throughout the rest of the nervous system,” said Dr. Patapoutian. “We hope these results help pain researchers better understand the mechanisms behind tactile allodynia.”