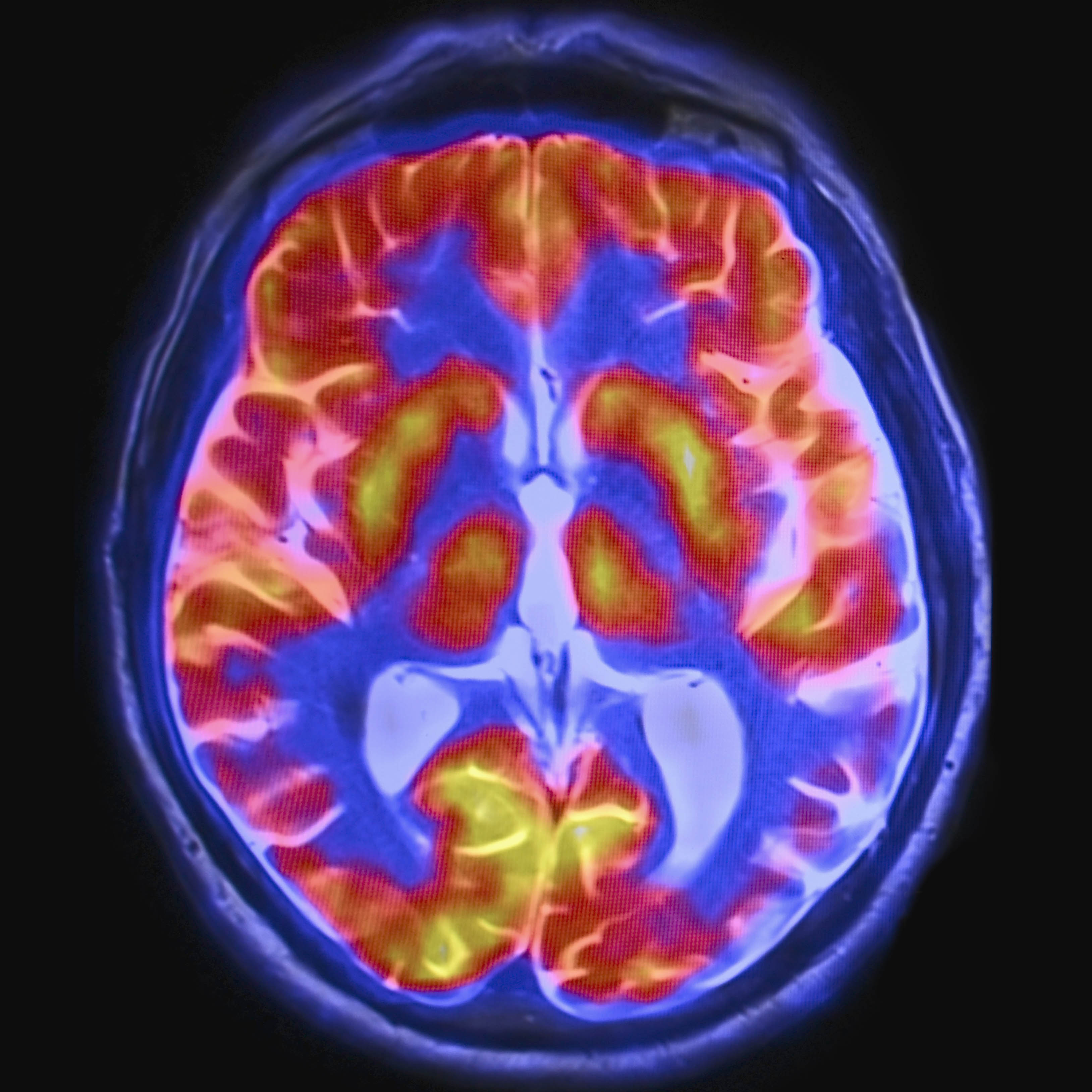 Lauren Y. Atlas, Ph.D., leads the Section on Affective Neuroscience and Pain in the NCCIH Intramural Research Program. The lab’s work focuses on characterizing the psychological and neural mechanisms by which expectations and other cognitive and affective factors influence pain, emotional experience, and clinical outcomes. Our approach is multimodal: We integrate experimental psychology, neuroimaging, psychophysiology, computational approaches, and other interventions to understand how psychological and contextual factors influence subjective experience. Current projects focus on dissociating components of expectancy (e.g., instructions vs. conditioning; stimulus vs. treatment expectancies), relating pain with other types of hedonic affective responses, and understanding social influences on pain (e.g., patient-provider interactions; health disparities). Long-term goals include revealing how specific features of the clinical context and interpersonal aspects influence patient outcomes, as well as determining whether expectancy-based processing is altered in specific patient populations. 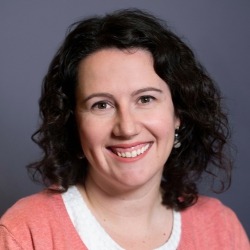 Dr. Atlas received her B.A. in psychology from the University of Chicago in 2003, and her Ph.D. in psychology in 2011 from Columbia University, where she studied under the mentorship of Dr. Tor D. Wager. Her doctoral work combined functional magnetic resonance imaging, experimental psychology, and psychopharmacology to examine the mechanisms by which beliefs and expectations influence pain and its modulation. Her dissertation, “Brain mechanisms of expectancy effects on pain experience,” was awarded with distinction. Dr. Atlas’s postdoctoral research was conducted in Dr. Elizabeth A. Phelps’s laboratory at New York University, where she extended computational models of decision-making to isolate components of expectancy, and to understand how these components influence physiological and neural markers of aversive learning. In July 2014, Dr. Atlas joined NIH as an NCCIH investigator and chief of the Section on Affective Neuroscience and Pain. She also holds joint appointments with the National Institute of Mental Health (NIMH) and the National Institute on Drug Abuse (NIDA). Her laboratory uses a multimodal approach to investigate how expectations and learning influence pain and emotion, and how these factors influence clinical outcomes.

Lola Akintola is a visiting postdoctoral fellow who will be investigating the mechanisms of expectation effects on pain using neuroimaging and behavioral approaches. Lola received her B.Sc. in biology from Morgan State University and her Ph.D. in toxicology from the University of Maryland, Baltimore, where she studied under the mentorship of Dr. Luana Colloca. Lola’s doctoral work investigated pain modulation in chronic pain and healthy populations using both preclinical and clinical models of pain. Specifically, her project employed a translational approach to investigate how Placebo Analgesia is altered in chronic neuropathic pain. She can be reached at titilola.akintola@nih.gov. 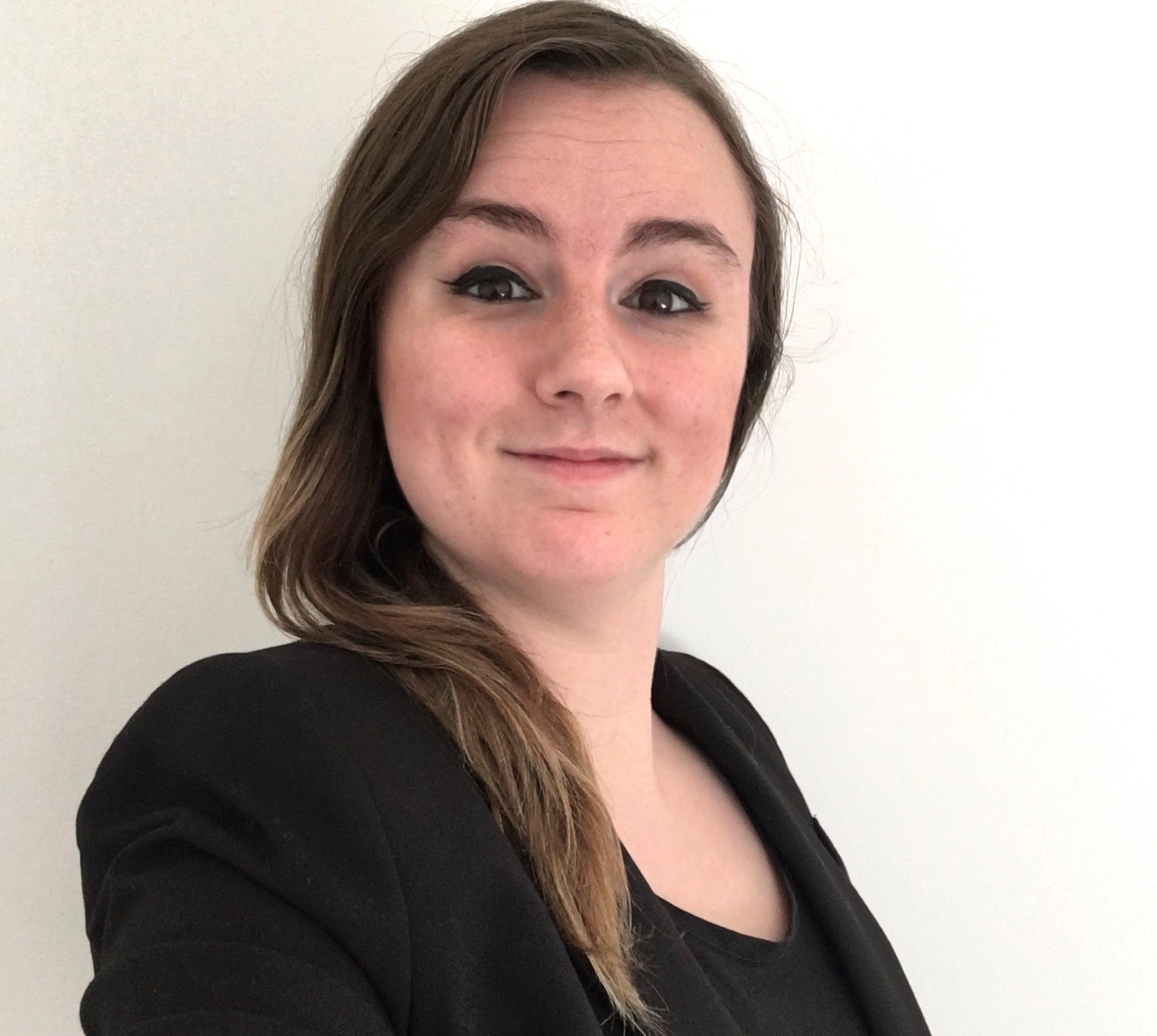 Nicole Antkiewicz is a post-bac IRTA who will primarily investigate the effects of bias on pain perception and expression in healthy adults, with an additional interest in understanding the complex etiology and symptomology of neuropsychiatric disorders. In the pursuit of investigating pain more broadly, she will gather and analyze neuroimaging and participant self-report data. Nicole received her B.A. in both English and Psychology from the Schreyer Honors College at the Pennsylvania State University. After graduation and before coming to the NIH, she performed independently-led psychosocial research abroad, studying the effects of negative work-life balance on the expression of mental illness in Japan. This work was carried out in conjunction with Dr. Raymond Langley of Ritsumeikan Asia Pacific University in Beppu, Japan. 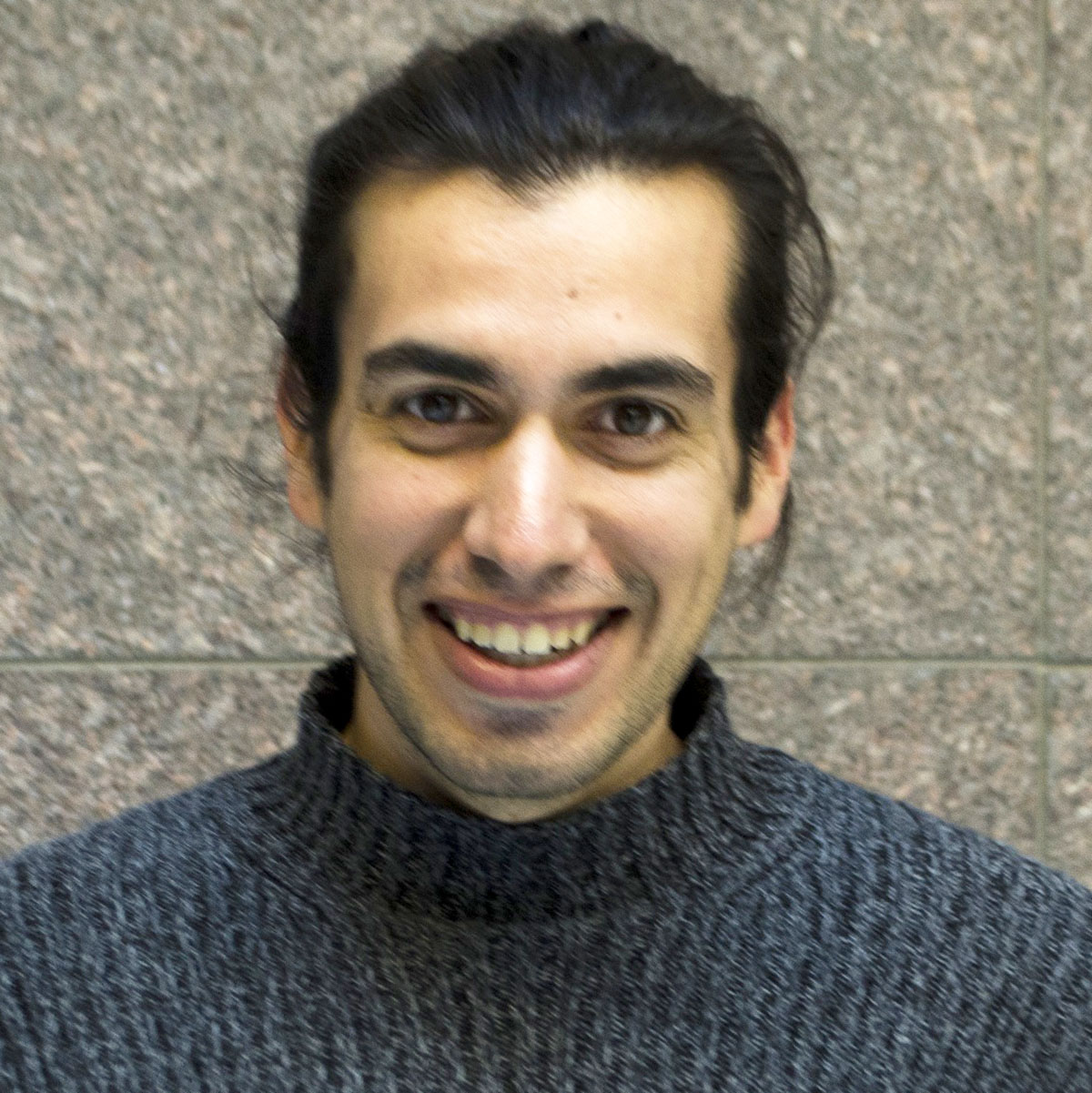 As a predoctoral IRTA fellow through the Graduate Partnership Program, Troy will be pursuing a Ph.D. in medicine between the National Institutes of Health (NIH) and Karolinska Institutet. Troy will be using neuroimaging and psychophysiological measures to study health disparities in pain. Prior to this, Troy spent two years as a postbac IRTA fellow at NCCIH. Troy completed an honors thesis in neuroscience at Dartmouth College under the mentorship of Professor Catherine Norris, and he spent a year under the guidance of Professor Tiffany Ito at the University of Colorado Boulder. Outside of the laboratory, Troy enjoys running ultra-marathons, meditating, fikas, and slam poetry. 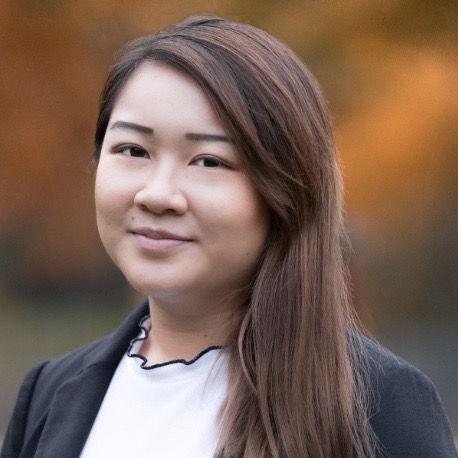 Elena Do is a postbac IRTA research fellow who will be investigating social discrimination on pain. She will also create stimuli, collect data, and perform analyses to identify whether facial expressions of pain differ across race and gender. Additionally, her future projects will involve pain perception and possible interventions to address healthcare disparities in pain. Elena received her B.A. in Neuroscience from Swarthmore College. As an undergraduate, she worked in the Social Neuroscience Lab led by Dr. Catherine Norris. Her thesis studied the effects of race on pain perception, evaluation, and treatment using electroencephalography (EEG). She can be contacted at elena.do@nih.gov. 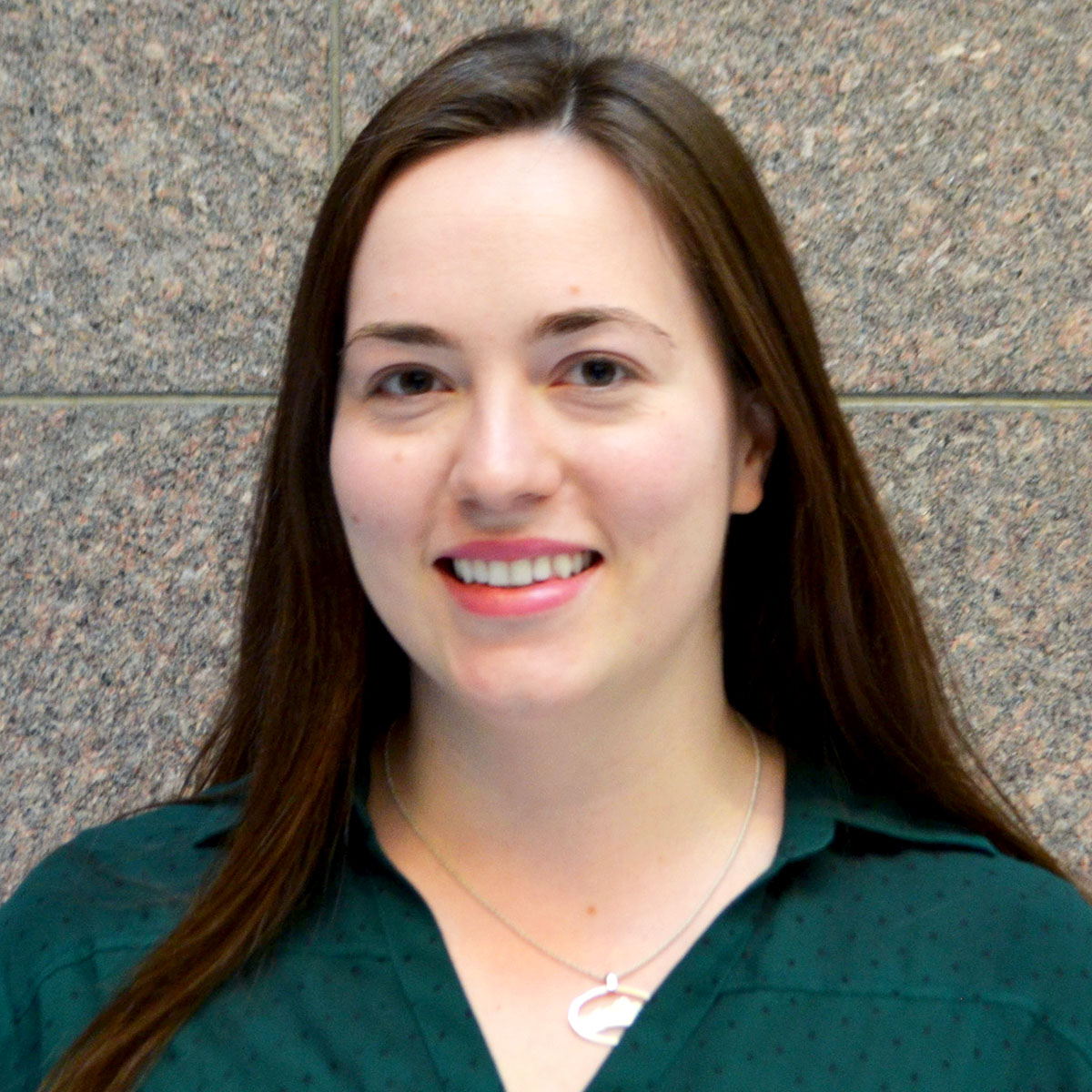 Margaret Rose-McCandlish is a postbac IRTA research fellow who will be studying the effects of psychological processes on pain perception and expression in healthy adults. To this end, she will gather and analyze neuroimaging, psychophysiological, and participant self-report data. Margaret received her B.A. in psychology from Middlebury College, and also studied psychology at the Université Paris Diderot. As an undergraduate she worked in the Clinical Psychophysiology Lab of Dr. Matthew Kimble researching post-traumatic stress disorder. 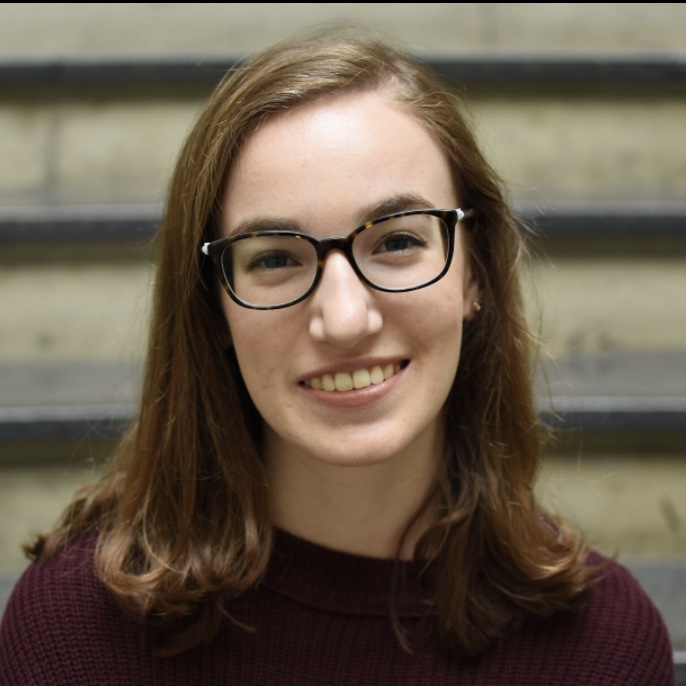 Rachel Weger is a post-bac IRTA research fellow. She will gather and analyze psychophysiologial measures and participant self-report in healthy adults to study health disparities in pain. Rachel received her B.S. in Neuroscience from American University. As an undergraduate, she studied the role of the cerebellum in cognition in the Developmental Neuroscience Laboratory led by Dr. Catherine Stoodley. She also conducted research within the Community-Based Research Scholars program. She can be reached at rachel.weger@nih.gov or 301-451-6573. 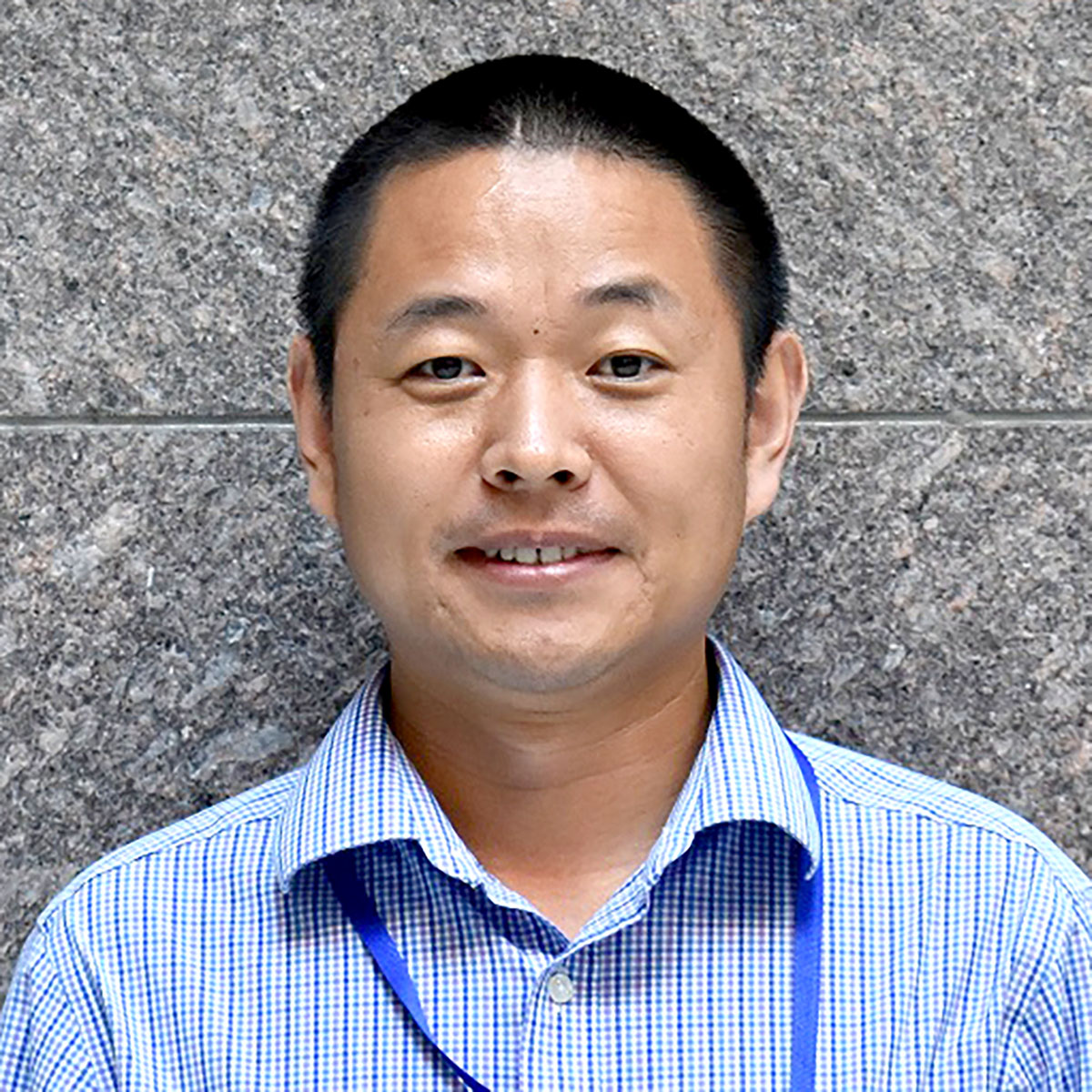 Qingbao Yu, Ph.D., is a senior MRI data analyst. He will perform analyses on pain related task fMRI data. Dr. Yu received his B.A. in physics as well as his Ph.D. in biomedical engineering (neuroinformatics) from Dalian University of Technology, Dalian, China. While obtaining his Ph.D., Qingbao worked under Dr. Yiyuan Tang, where he performed fMRI and EEG studies to investigate functional brain connectivity during Chinese language tasks and gender differences in mental rotation tasks. Dr. Yu’s postdoctoral and research scientist research was conducted in Dr. Vince Calhoun’s laboratory at the Mind Research Network, Albuquerque, New Mexico, where he combined ICA and graph theory based analysis to examine brain connectivity in patients with schizophrenia. In May 2018, Dr. Yu joined ANP lab at NCCIH to work with Dr. Lauren Atlas.
View Dr. Yu's publications 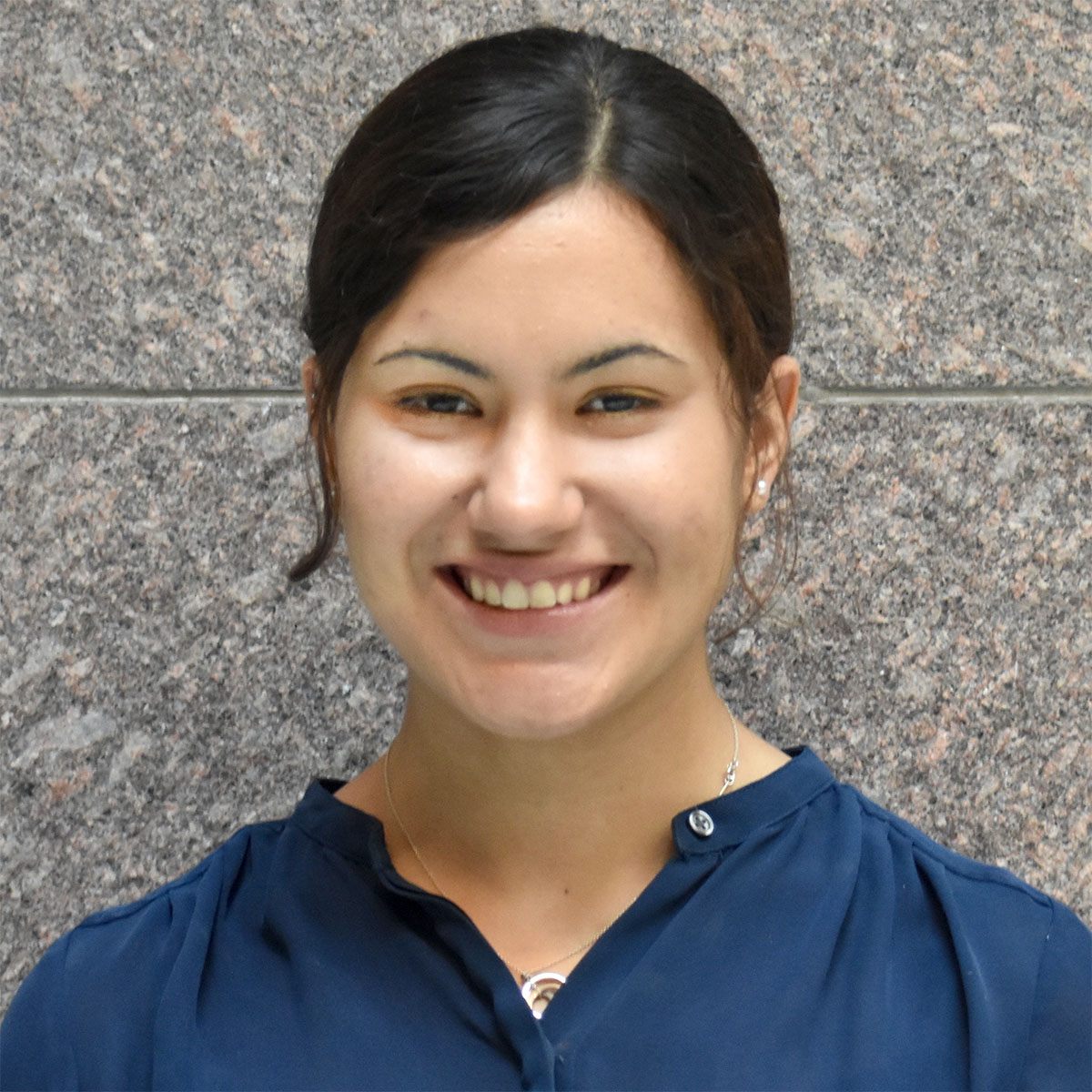 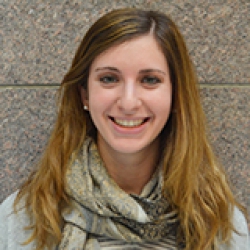 Lauren is now a Ph.D. student in the Applied Physiology and Kinesiology at the University of Florida.

Molly Cosgrove was a postbac IRTA fellow in the Section on Affective Neuroscience and Pain. 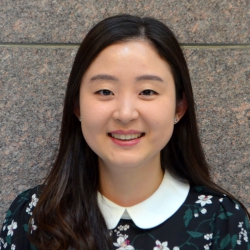 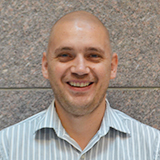 Dr. Mischkowski is now an Assistant Professor at Ohio University. 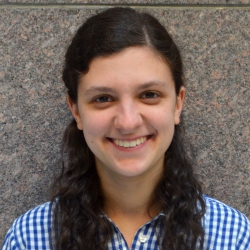 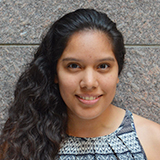 Esther is now a Ph.D. student in Clinical Psychology at the University of Pittsburgh.

Chrissy is now a Ph.D. student in Clinical Psychology at the University of California, Los Angeles. (No Image Available)

See the full list of publications for Lauren Y. Atlas, Ph.D. on PubMed.

Section on Sensory Cells and Circuits