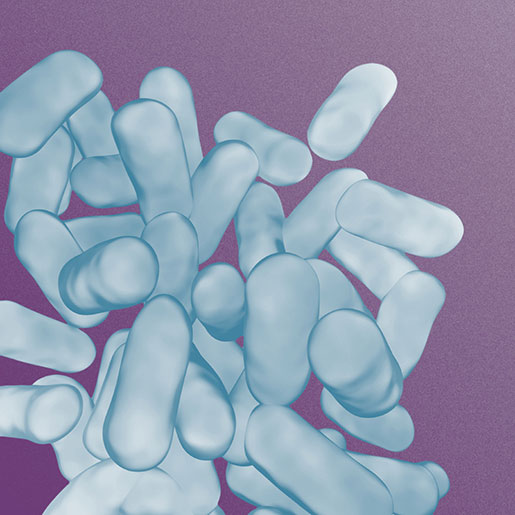 A synbiotic (a probiotic plus a prebiotic) can reduce behavioral symptoms associated with stress by normalizing the populations of microorganisms in the gut and changing immune cell activity, according to a new study in animals from Icahn School of Medicine at Mount Sinai, and the James J. Peters Veterans Affairs Medical Center, New York. The study was published in Frontiers in Immunology and supported by the National Center for Complementary and Integrative Health and the National Institutes of Health (NIH) Office of Dietary Supplements through the NIH Consortium for Advancing Research on Botanical and Other Natural Products (CARBON) Program.

The gut-brain axis refers to the bidirectional communication between the emotional and cognitive centers of the brain with peripheral intestinal functions. Gut microbiota has been shown to influence these interactions. Previous research has also shown that substances that change the community of microorganisms (the microbiota) in the intestines can reduce behavioral symptoms associated with stress. These substances include probiotics (live microorganisms that are intended to have health benefits when consumed or applied to the body) and prebiotics (nondigestible food components that selectively stimulate the growth or activity of desirable microorganisms). How probiotics and prebiotics produce effects in the body is not well understood, but it may involve changes in inflammation and immune responses associated with changes in the gut microbiota.

This study evaluated the effects of a synbiotic that included two bacterial strains (Lactobacillus plantarum ATCC 793 and Bifidobacterium longum ATCC 15707) and a prebiotic composed of grape seed polyphenol extract, resveratrol, and concord grape extract. Previous research had shown that this prebiotic has neuroprotective effects and that the effect of its polyphenols is greatly enhanced when it is administered together with probiotics. (Polyphenols are substances found in many plants that have antioxidant activity.)

In this study, mice were randomly assigned into eight treatment groups including untreated control, prebiotic-only, probiotic, or synbiotic, and each treatment group was treated with one condition, either stressed or non-stressed. The researchers found that the probiotic and the synbiotic decreased depressive-like behavior compared to the control group following chronic unpredictable stressors. All treatment groups had a beneficial effect on anxiety-like behavior following chronic and recurrent stress. Overall, the synbiotic promoted more consistent and robust resilience to stress-induced behavioral impairments compared to its components. In addition, at the gene level, the synbiotic, but not the probiotic or the prebiotic, reduced inflammatory gene expression profiles. Importantly, the immune cell recruitment genes, Ccl2, Ccl5, and Icam, were the most consistent and drastically impacted factors by both stress and the synbiotic, paralleling the behavioral response. This suggests that the recruitment of peripheral immune cells into the brain may be important for triggering the gut-microbiota stress-induced behavioral responses.

The researchers also found that the synbiotic was the most effective at normalizing the changes in gut microbiota diversity caused by chronic and recurrent stress. In addition, the investigators developed a machine learning algorithm to examine associations between chronic and recurrent stress, gut microbiota composition, and inflammatory markers in a way that considers variations among individuals and the synergistic activities of the brain and the rest of the body. Primary associations between the gut microbiome and behavior included Lactobacillus and Ruminoclostridium spp., while the interaction of Lactobacillus with either Faecalibaculum, Blautia, or Bifidobacterium spp. produced significant secondary associations. The researchers also found that Lactobacillus spp. improves barrier immunity, while Lactobacillus and Bifidobacterium supplementation in aging mice improved barrier function, reduced peripheral inflammation, and improved cognitive performance.

Probiotics: What You Need To Know