How the Brain Helps Us Filter Out Distractions 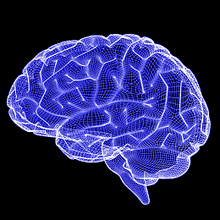 What is happening in the brain when we ignore distracting stimuli (such as a touch to the hand, or pain in a body part) so we can pay attention to something else? Could better understanding of those brain mechanisms also lead to better understanding of the pain experience and help in managing it, for example, by “turning down” pain through use of focused attention (as in meditation)? Research supported in part by the National Center for Complementary and Integrative Health (formerly NCCAM) is exploring this. New findings from a team led by researchers at Brown University and published in the Journal of Neuroscience, shed more light on how selected brain regions work together in attentional processes.

In this study, 12 healthy adults were told they would receive a brief touch to a specific finger or a specific toe. Sometimes they were told to notice and report only touches to the toe and to ignore sensations to the hand; other times they were told the reverse. During each task, researchers used magnetoencephalography—an imaging technique that measures, in real time, magnetic fields generated by activity of the brain’s neurons, and identifies where in the brain that activity is taking place—to study brain waves at two different frequencies (alpha and beta). They focused on those waves in two brain regions: the right inferior frontal cortex (rIFC) and the somatosensory cortex. The key question was whether there would be wave synchrony (overlap) when participants ignored a stimulus; a finding that could point to interactions between both brain regions. As controls, the team also studied other nearby brain regions with the same approach.

The researchers found significant synchrony in alpha- and beta-wave patterns between the rIFC and the somatosensory cortex; but such synchrony was not seen with the control regions. The authors conclude that it appears that these two brain regions work together in humans, with alpha- and beta-wave synchrony playing an active part, as we filter out distractions. The study builds on earlier NCCIH-supported work—for example, a 2011 study in which training in mindfulness meditation was found to be associated with improved attentional processing and even an ability to modulate one’s own alpha-wave activity.