National Survey Reveals Widespread Use of Mind and Body Practices, Shifts in Use of Natural Products 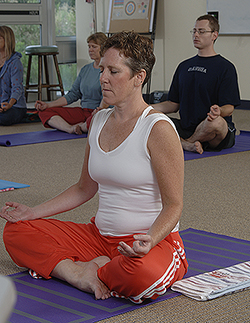 A new report based on data from the 2012 National Health Interview Survey (NHIS) found that nonvitamin, nonmineral natural products remain the most popular complementary health approach used by American adults (continuing a trend first identified with the 2002 NHIS report and seen again in 2007). Using the NHIS survey results, this report compares trends in the use of complementary approaches for 2002, 2007, and 2012. The report, by the National Center for Complementary and Integrative Health (NCCIH; formerly NCCAM) and the National Center for Health Statistics (NCHS) of the U.S. Centers for Disease Control and Prevention, appears in National Health Statistics Reports.

The complementary health questionnaire was developed by NCCIH and the NCHS. The questionnaire is administered every 5 years as part of the NHIS, an annual study in which tens of thousands of Americans are interviewed about their health- and illness-related experiences. To identify trends in Americans’ use of certain practices, 2012 survey data was compared with versions of the survey fielded in 2002 and 2007. The survey results are based on combined data across all three surveys from 88,962 American adults.

Among their conclusions, the authors note that looking only at overall use rates may lead to missing meaningful differences in rates of individual approaches. They also observe that the study can be seen as evolving over time toward the NCCIH’s present focus on symptom management and the promotion of optimal health.