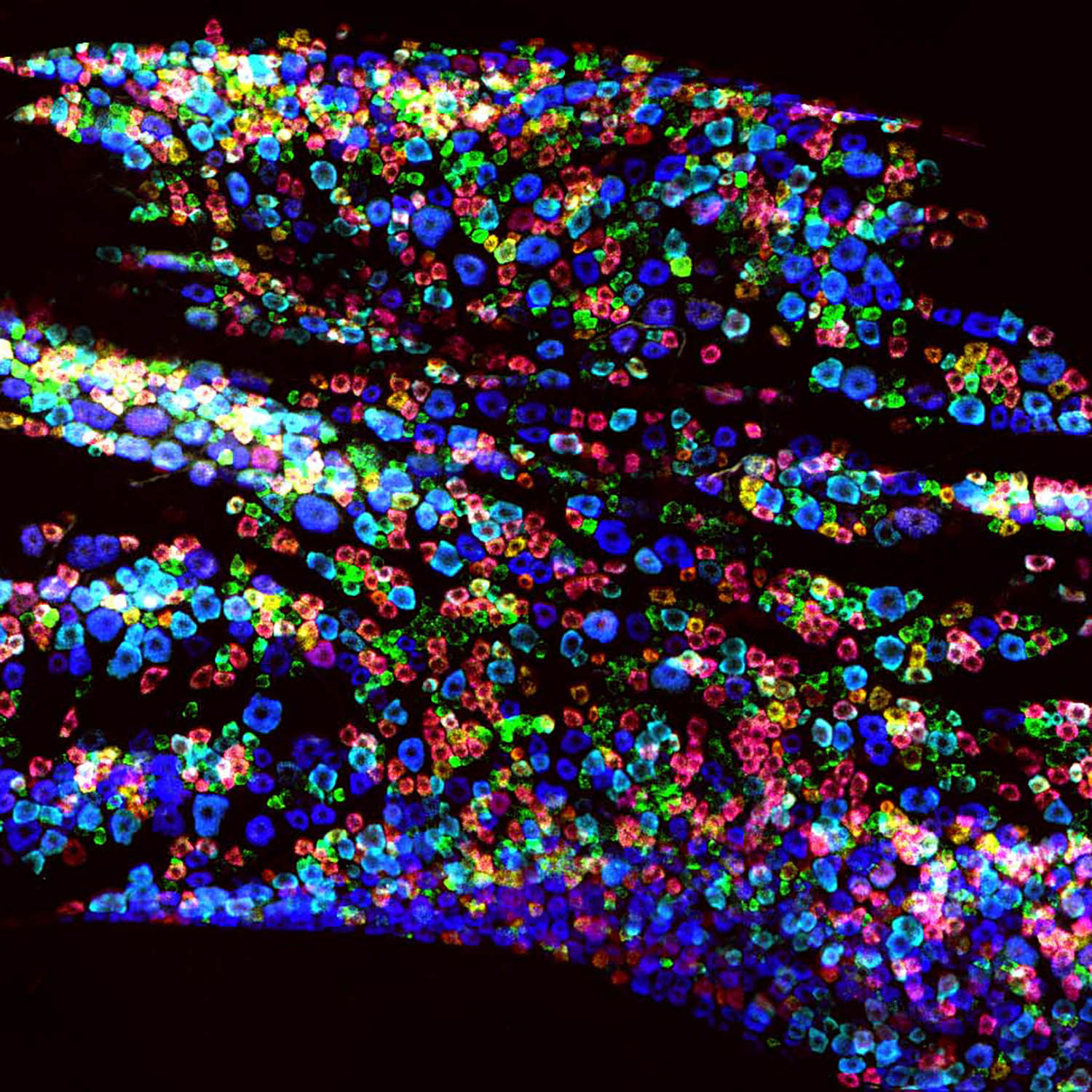 Combining two techniques—single cell RNA-sequencing and in vivo functional imaging—has led to new insights into the underlying basis for the complex sense of touch. This research from the National Center for Complementary and Integrative Health and the National Institute of Dental and Craniofacial Research was recently published in Neuron.

Neurons targeting the skin provide humans and other animals with important information about their environment and generate rich sensory experiences. Understanding how stimuli such as temperature and various kinds of touch are discriminated and encoded remains a fundamental challenge.

In this study, researchers developed an innovative strategy for linking two powerful but disconnected approaches for classifying neurons: single cell RNA-sequencing, which defines neurons according to the expression of hundreds of genes, and in vivo functional imaging, which characterizes groups of neurons according to their activity. They then used this combined approach to study the responses to a variety of stimuli, such as gentle brush, pinch, hair-pull, air-puff, and vibration. The results provide new rules to help explain the discriminatory power of touch: a clear logic emerges whereby each type of stimulus is represented by its own combinatorial ensemble of transcriptomically-defined classes.

Recent studies have shown that the protein Piezo2 is required for detection of gentle touch and vibration, as well as the sense of proprioception (awareness of one’s body in space) in both mice and humans. In the current study, the platform was used to define the ways that Piezo2 influences all types of mechanosensory neurons revealing how this ion channel exhibits a profound impact on sensation.

The researchers who conducted this study noted that expanding the approach to other stimuli and locations should help to provide a fuller picture of how the somatosensory system represents salient information. Moreover, extending the strategy to the central nervous system could help expose intricate details of how ensembles of neurons function to encode memories, emotions, and choices.