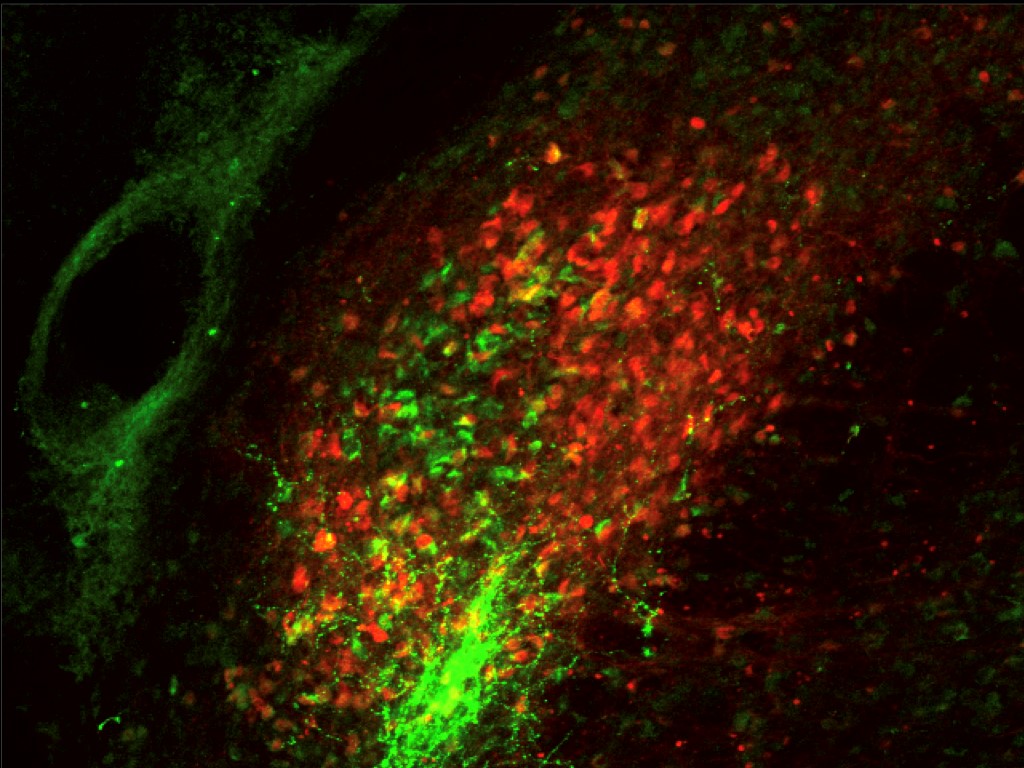 A newly identified pathway involving the spinal cord and two parts of the brainstem plays a key role in behavioral responses to an uncomfortable heat stimulus, according to a study in mice from the National Center for Complementary and Integrative Health’s Division of Intramural Research. The study was published in a recent issue of the journal Neuron.

If you’ve been at the beach on a sunny summer day, you know about the behavioral response to a noxious heat stimulus. When the sand is too hot to stand on comfortably, people respond by alternately lifting their feet, then hopping, and eventually running into the water as the heat becomes more intense. Mice also show a predictable sequence of behaviors in response to standing on a hot surface (though they lick their paws at one point in the sequence, which we humans tend not to do). Some aspects of these behavioral responses involve learning and the conscious perception of pain. However, the pathway identified in this study does not. It’s a separate circuit that only involves structures in the brainstem and spinal cord, without involvement of the forebrain (the part of the brain responsible for perception, memory, emotion, and thought).

Experiments in which different parts of the mouse brain were inactivated showed that the parts of the brainstem involved in this circuit are the parabrachial nucleus (PBNI) and the dorsal reticular formation in the medulla (MdD). A specific group of nerve cells in the PBNI is activated by standing on a hot surface, and it triggers escape responses through connections to the MdD. These PBNI cells express a gene called Tac1, which codes for substances called tachykinins that participate in many functions in the body and contribute to multiple disease processes. The MdD cells involved in this circuit also express Tac1. A different group of cells in the PBNI participates in the aspects of the response to noxious heat that involve the forebrain.

Identifying this brainstem circuit provides new insights into the mammalian response to noxious stimuli. Further investigation of this circuit may increase our understanding of how responses to pain are coordinated with other biological needs, such as feeding and reproduction; it also may offer opportunities to understand how chronic pain controls and influences this system.