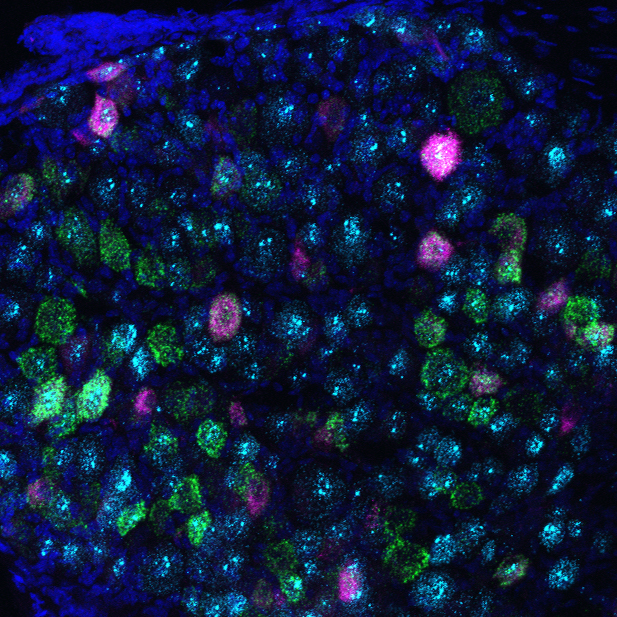 New research has uncovered the mechanisms by which bladder stretch is sensed and the urethral reflexes involved in urination are controlled. The findings pinpoint the gene PIEZO2 as a key mechanosensor for interoception, which is the sensory regulation and awareness of what’s happening inside our bodies. The research, conducted jointly by the National Center for Complementary and Integrative Health, the National Institute of Neurological Disorders and Stroke, and the Scripps Research Institute, was published in a recent issue of the journal Nature.

One part of the research identified 12 individuals between the ages of 5 and 43 years who were from 11 families with a rare and inherited genetic condition called PIEZO2-deficiency syndrome. The participants underwent an in-depth review of their urinary function, which included validated questionnaires, urologic history, review of previous medical evaluations, and noninvasive bladder ultrasounds. All participants had decreased voiding frequencies, with reported frequencies as low as once or twice daily regardless of hydration status. Despite an apparent lack of normal sensory feedback, all participants managed to achieve continence at the time of evaluation except for one 9-year-old child. However, many participants reported sudden experiences of urge incontinence where any delay in voiding resulted in urinary accidents. Overall, the data collected suggest that the PIEZO2 gene plays a critical functional role in human urination.

The researchers next turned to mice where they were able to pinpoint the precise functions of PIEZO2 in urinary function. The researchers uncovered evidence that PIEZO2 acts in two places: in sensory neurons that innervate the bladder and in a small but important group of specialized cells found in the bladder wall called “umbrella cells.” Together, the neurons and umbrella cells sense the increasing pressure and stretch as the bladder fills and then help initiate appropriate reflexes involved in urination. These data also confirm the proposed role for umbrella cells as mechanosensory cells that initiate urination.

The researchers note that the data provide important first steps toward understanding the role of mechanotransduction in the lower urinary tract and the relative contributions of different sensory cell types. Furthermore, they suggested their findings put forth a two-part model of mechanosensory signaling in the urinary tract, reminiscent of epithelial cell-neuronal sensory machinery in the skin, lung, and intestine. Their data potentially distinguish a physiologically separate role for umbrella cells in mediating bladder relaxation during filling, which could, in part, be related to the function of stretch in inducing membrane insertion and dramatic cell size changes that are documented in umbrella cells. Future studies will address how urothelial cells and sensory neurons collaborate to control urinary function.