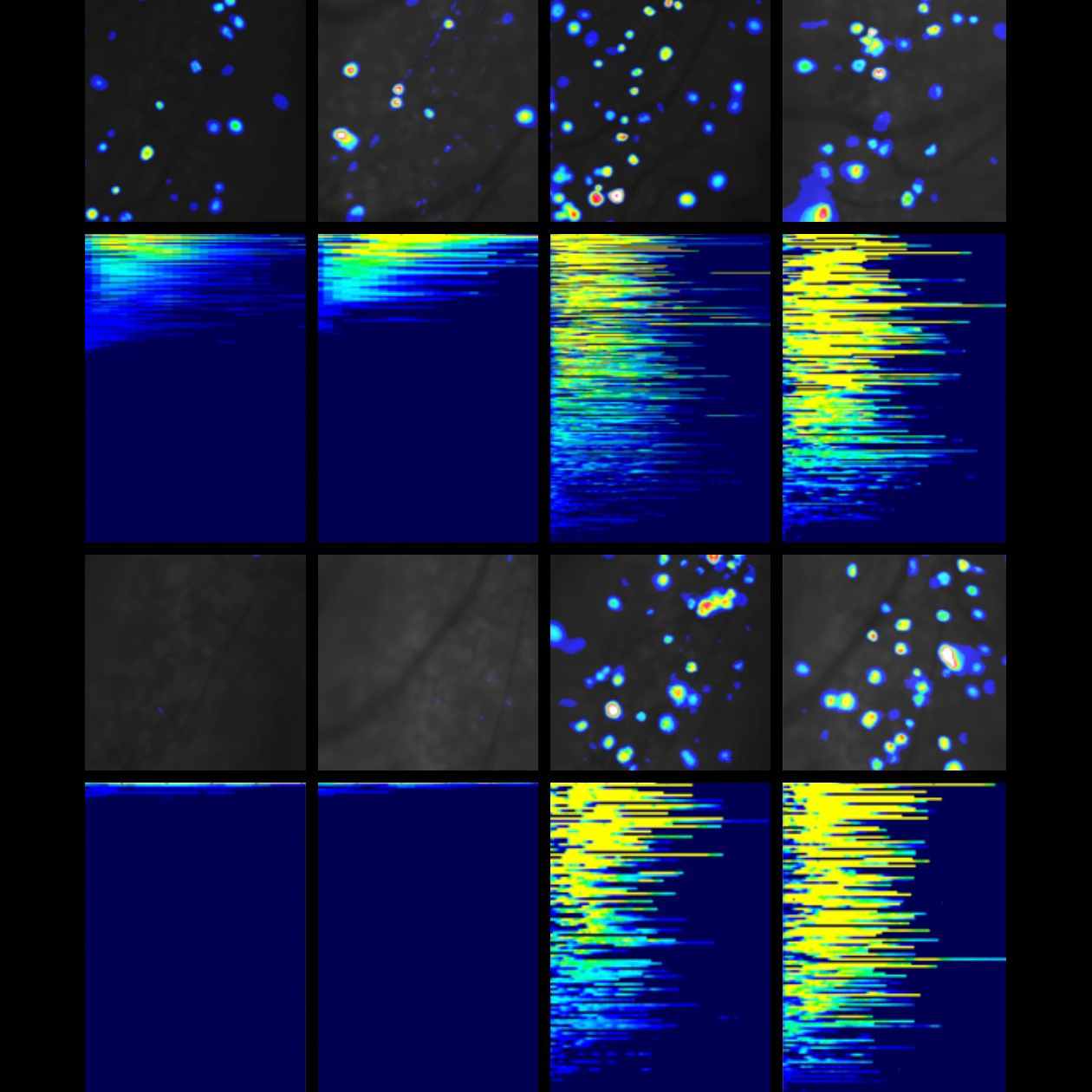 Population activity analysis from movies of neurons responding to brushing and pinching helped uncover the essential role of PIEZO2 to gentle touch, pain and inflammation after skin injuries.

New research targeting the PIEZO2 mechanoreceptor—a stretch-gated ion channel—in genetically engineered mice shows that the receptor mediates touch under inflammatory conditions and is a target for treating mechanical pain caused by gentle touch after injury. Additional research in a small number of humans with a rare genetic condition caused by a loss of function of PIEZO2 found that these individuals do not have sensitization and painful reactions to touch after skin inflammation. The research, funded in part by the National Center for Complementary and Integrative Health (NCCIH), was published in a recent issue of the journal Science Translational Medicine.

Ordinarily, touch allows us to discriminate between objects and can be innocuous or even pleasurable; however, an injury may cause changes so even a soft caress elicits pain. Known as tactile allodynia, this sensory distortion is currently viewed as resulting from sensitization of nociceptors that normally don’t detect gentle touch and arises as a result of changes in central processing. Previous research in mice has defined Piezo2 as the receptor responsible for touch detection and proprioception.

In the new study, the scientists “knocked out” the Piezo2 gene in a large subset of mouse sensory neurons. The researchers then used a functional imaging platform to view and record sensory responses and neuronal activity in living mice. The researchers observed that the nerve cells didn’t respond to gentle touch but responded strongly to noxious pinch. In an additional investigation, humans with non-functional variants of the PIEZO2 gene—PIEZO2LOF—were completely unable to sense gentle stimuli applied to inflamed skin.

These results show PIEZO2 is essential for light touch detection after injury in mice and humans. It also raises the possibility that inhibiting this touch receptor’s function would effectively block tactile allodynia, without impacting protective nociceptive responses, providing a new approach for treating pain. Thus, the scientists suggest that PIEZO2 antagonists will be valuable tools for understanding mechanical allodynia and may provide a new avenue for relieving a variety of chronic pain conditions.