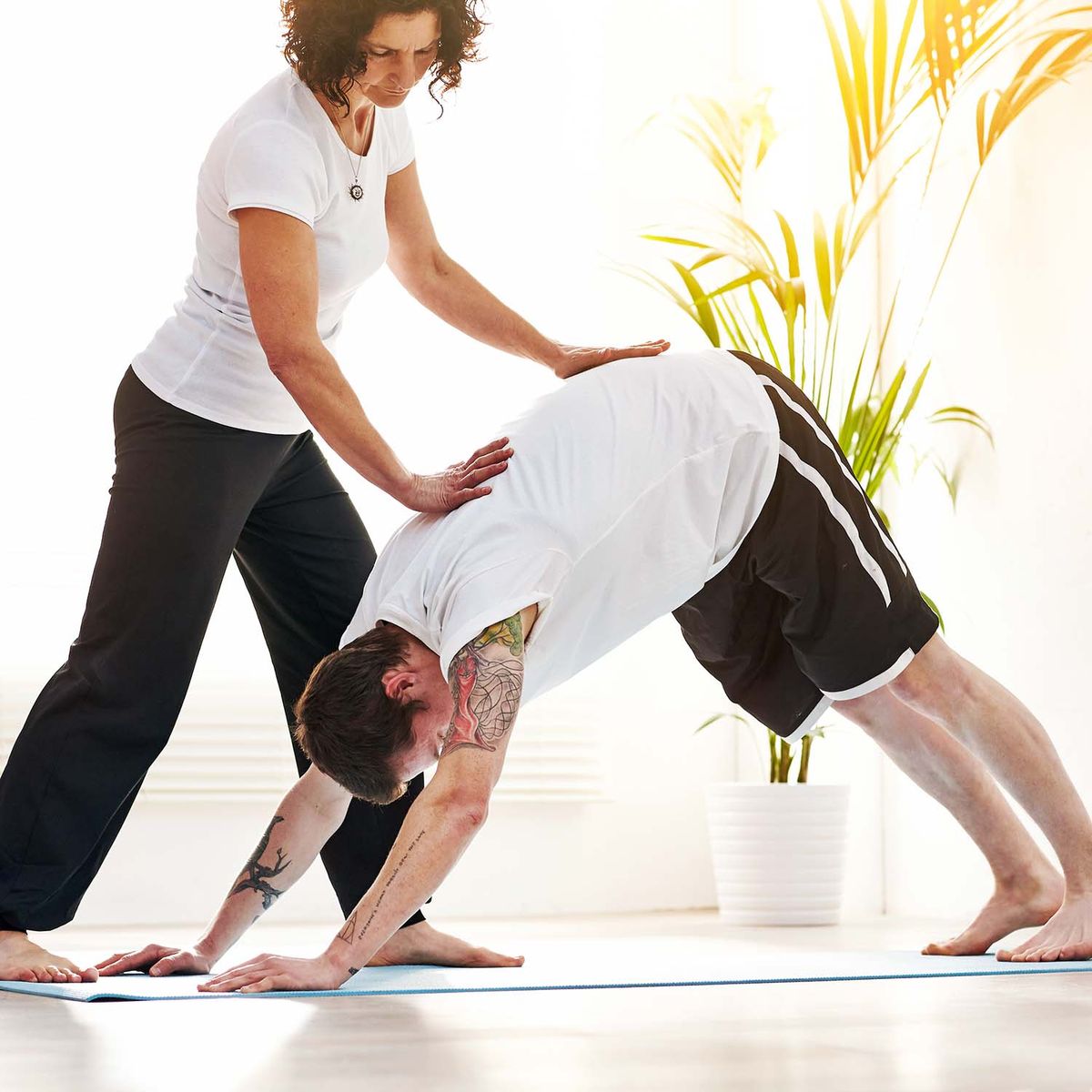 Improvements in perceived stress may contribute to a reduction in low-back pain (LBP) and related disability in people with chronic LBP who receive physical therapy (PT), according to a recent analysis of data. However, the effects of yoga and PT on other psychological factors, compared to an education control group, were small and did not significantly contribute to improvements in LBP or disability. The analysis was funded in part by the National Center for Complementary and Integrative Health (NCCIH) and published in the Journal of Orthopaedic & Sports Physical Therapy.

Previous research has shown that the level of pain a person with LBP experiences is related to their psychological health. Some treatments for low-back pain, such as PT and yoga, which use a physical approach, have been shown to decrease disability and (in the case of PT) pain, as well as improve psychological factors such as perceived stress and anxiety. Unknown, however, is whether the improvements in LBP and disability from PT and yoga result only from their direct physical effects or are also due to indirect effects on psychological factors.

In a study that compared different interventions in adults with chronic LBP from underserved communities in Boston, the researchers looked for potential psychological factors that may play a role in perceived pain and disability. The study involved 230 adults ages 18 to 64 years from low-income, racially diverse neighborhoods in Boston. In the first phase of the study, participants were randomized into groups that received PT, yoga, or education for their LBP, over the course of 12 weeks.

Before starting their intervention, all participants completed questionnaires for pain and disability as well as assessments of indicators of psychological well-being, including pain self-efficacy, fear-avoidance beliefs, depressive symptoms, anxiety symptoms, perceived stress, and sleep quality. During the 12-week intervention phase, participants in the PT group received 15 sessions, each lasting 30 minutes; those in the yoga group participated in up to 12 small group sessions with trained hatha yoga instructors; and those in the education control group were each given a copy of a book that taught stretching, strengthening, and emotional management techniques for LBP. The education group also received newsletters and check-in phone calls every 3 weeks. After 12 weeks, the participants recompleted questionnaires where they assessed their psychological well-being. They then entered a 40-week maintenance period where all three groups received either additional limited intervention support or no additional structured support.

In the present analysis, researchers found that with the exception of perceived stress in the PT group, improvements in LBP and disability from participation in yoga or PT were generally not due to psychological factors. A reduction in participants’ perceived stress in the PT group seemed to account for about one-third of the effect of PT on disability, compared with education. The researchers noted that combining certain aspects of each of these standard interventions may produce better outcomes. The researchers also noted a few limitations in the study—among them, for example, that the education control may not have been a true control, given that it contained elements that may have also improved psychological factors and, therefore, could have reduced the likelihood of a true effect.

Low-Back Pain and Complementary Health Approaches: What You Need To Know