Rat Research Suggests How the Brain and Gut Are Connected, Points to Stress‒Ulcer Link 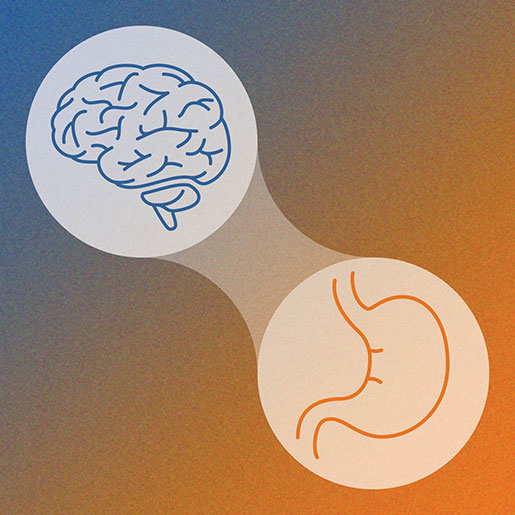 New research by scientists at the University of Pittsburgh Brain Institute has traced the neural pathways that connect the brain to the gut in rats. The research, published in a recent issue of the Proceedings of the National Academy of Sciences, emphasizes the importance of the brain‒body connection and points to how the brain can affect organ function. The research also may provide clues about the connection between stress and stomach ulcers. The study was supported in part by the National Center for Complementary and Integrative Health (NCCIH), a component of the National Institutes of Health (NIH).

In the study, scientists used a strain of rabies virus to track nervous system connections between rats’ brains and stomachs. By using retrograde transneuronal transport, in which the rabies virus traveled from one neuron to another from the rats’ stomachs to their brains, the scientists identified the brain areas that most directly influence parasympathetic and sympathetic control of the rat stomach. They found that parasympathetic control was influenced primarily by two areas of the brain, the rostral insula and portions of the medial prefrontal cortex. These areas of the brain are involved in regulating emotion and interoception (the perception of sensations from inside the body).

The researchers noted the association between stress and stomach ulcers.  While they acknowledge the frequent involvement of Helicobacter pylori in ulcer formation, the researchers suggest that their current finding of direct cerebral control over parasympathetic output to the stomach sheds light on a mechanism for a significant psychosomatic contribution to stomach ulcer formation.

The researchers noted that the findings from the study provide targets for brain-based therapies for gastrointestinal disorders, which could involve altering stomach function and/or the microbiome using noninvasive transcranial stimulation alone or combined with cognitive-, behavioral-, and movement-based therapies.