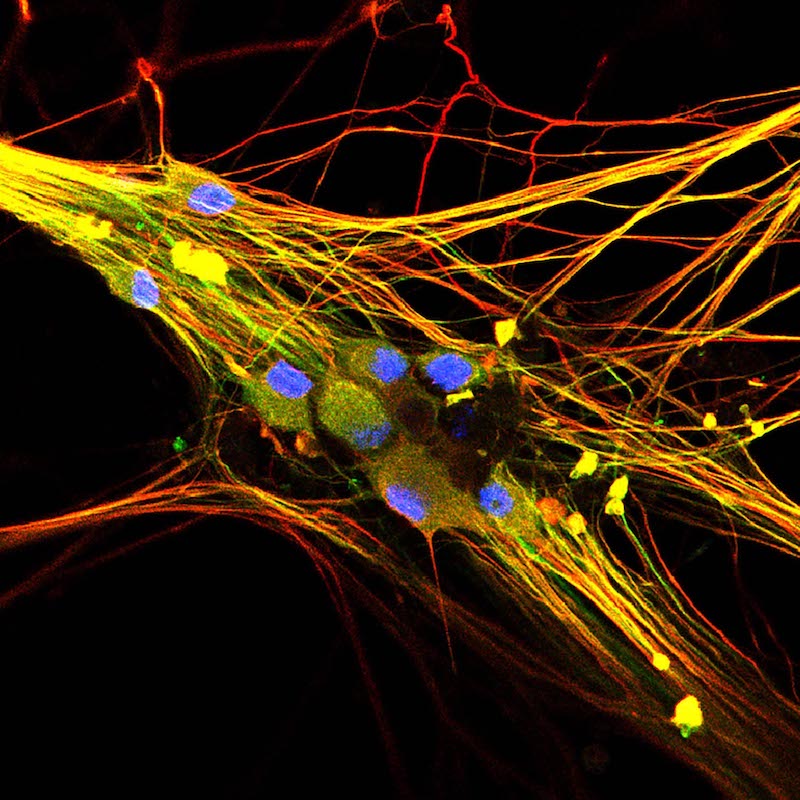 A team of scientists at the National Institutes of Health (NIH) have developed a new technique, using human stem cells, to efficiently grow sensory nerve cells (neurons) in a dish. Their study reports that humans may have a specific kind of sensory neuron that can sense both cold temperature and mechanical force, which is not found in mice. The research was jointly funded by the National Center for Complementary and Integrative Health (NCCIH) and the National Institute of Neurological Disorders and Stroke (NINDS).

The findings, published in a recent issue of the journal Cell Reports, highlight the importance of using stem cells to produce human-specific neurons in a laboratory setting, enabling investigation of human biology and disease in otherwise inaccessible tissue. Previous research has resulted in several existing methods, using human stem cells, to grow a mixture of sensory neuron subtypes that detect different kinds of stimuli like mechanical force, cold, and heat. This new work builds on these prior techniques to precisely generate individual subtypes of sensory neurons in high purity—including a previously unrecognized class of “cold-mechanoreceptor” neuron—which the researchers suggest could be used for drug screening and studying human disorders of touch and pain.

In their study, the researchers found that, by manipulating the expression of two genes called NGN2 and BRN3A, the developmental trajectory of human stem cells can be “programmed” between two specific subtypes of sensory neurons: (1) a cold-mechanoreceptor neuron that senses both cold and mechanical stimuli and (2) a touch receptor neuron specialized only to sense mechanical stimuli. Although such cold-mechanoreceptor neurons are not known to exist in mice, the researchers report that they surprisingly exist in humans based on an examination of peripheral nervous system tissue from adult human donors.

As a proof-of-concept use, the researchers applied their new method to generate sensory neurons from human patients with a rare genetic disorder called PIEZO2 deficiency. This disorder, which was previously investigated by NIH scientists, causes a lack of the senses of touch and body position (proprioception) from birth, and it also causes insensitivity to a category of chronic pain called mechanical allodynia. Here, it was found that neurons derived from these patients are completely insensitive to mechanical stimulation, and that they can be genetically corrected using CRISPR-Cas9 to restore their mechanosensitivity.

Altogether, by producing specific neuron subtypes from individual human patients, the findings in the study emphasize how stem cells can be used to investigate human-specific aspects of sensory biology. The researchers also note that further investigation will be crucial to determine the presence of additional unrecognized sensory neuron subtypes in humans, which may not be found in commonly used animal models.