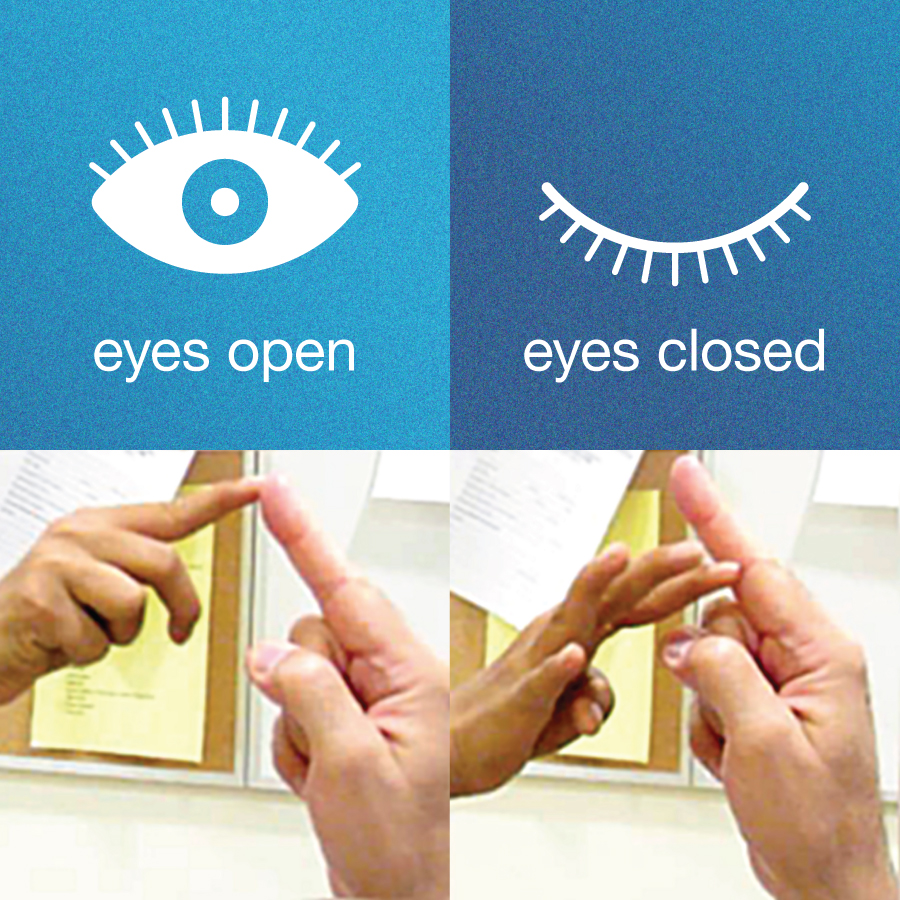 Unlocking the mysteries of our senses An NIH study shows that two young patients with a mutation in the PIEZO2 gene have problems with touch and proprioception, or body awareness. Photos Courtesy of Bönnemann lab, NIH/NINDS, Bethesda, MD

A recent study gives new insights into the mechanisms involved in touch sensation and sheds light on the role proprioception—the brain’s “sixth sense” ability to sense the body’s position, equilibrium, and movement through space?plays on health and survival. The study, funded in part by NCCIH and the National Institute of Neurological Disorders and Stroke, was published in The New England Journal of Medicine.

Mechanosensation is the process by which mechanical forces are converted into electrical signals that allow people and animals to detect touch, vibrations, accelerations, and body movements. Ion channel receptors are thought to convert those forces to signals in many body systems. Previous research in mice has identified the ion channel PIEZO2 (a protein in humans encoded by the PIEZO2 gene) as essential for a variety of mechanosensory responses, including light touch and proprioception. Not as much is known about the role of PIEZO2 in people.

The researchers in this study identified and characterized two people (ages 18 and 8) with similar skeletal deformations, severe progressive scoliosis, a unique syndrome of specific sensory problems, and who, after genetic sequencing, were found to have genetic mutations in the PIEZO2 gene. The researchers used various sensory tests (e.g., vibration sensitivity, touch detection and pain thresholds, pressure pain thresholds, touch discrimination, thermal detection, proprioception, and slow brush detection), functional brain imaging, and other analytic procedures to investigate the effect of the genetic mutations on how the participants receive and interpret sensory information.

The researchers observed that the participants had a selective loss of touch, but still responded to specific types of gentle mechanical stimulation on hairy skin. In addition, the participants, when not presented with visual cues, exhibited a loss of proprioception. However, the participants were able to perform a range of tasks such as walking, talking, and writing—which are generally thought to rely heavily on proprioception. These findings suggest that PIEZO2 is specifically required for vibration sensing and light touch discrimination and is essential for human proprioception detection, but that detection of caress-like stimuli remains present even without PIEZO2 function.

The researchers noted that it is unknown whether PIEZO2 plays a direct role in skeletal development or if impaired proprioception in the womb results in abnormal joint positioning, which then results in skeletal deformations and scoliosis.