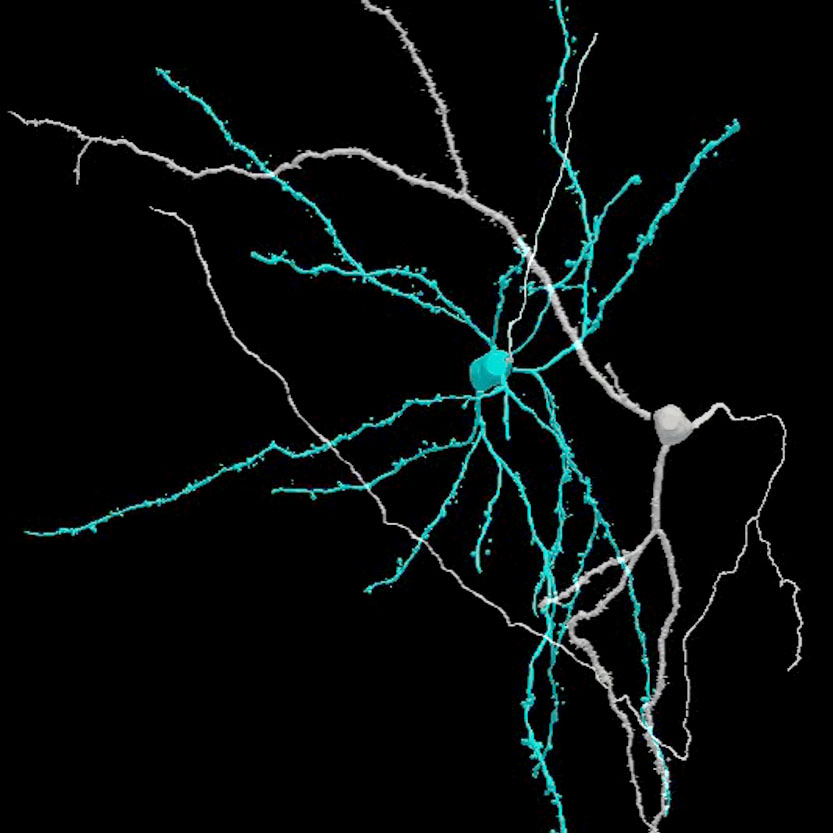 Nerve cells in the brain’s central amygdala that play opposite roles in modulating pain show striking differences in structure and electrophysiological function, according to a new study from the National Center for Complementary and Integrative Health’s intramural research program. The study was recently published in the journal eNeuro.

Previous research has shown that two groups of neurons (nerve cells) in the central amygdala, a region of the brain associated with emotional processes, play opposite roles in pain, with cells that express protein kinase C-delta (PKCδ+) increasing pain signals and those that express somatostatin (Som+) decreasing them. These two groups of neurons drive opposite behaviors in almost every context that has been studied (i.e., pain or fear), and researchers are trying to better understand the cellular uniqueness of these cells.

In the new study, researchers investigated the specific features of the two types of nerve cells using whole-cell patch-clamp electrophysiology in brain slices from experimental models and biocytin-based neuronal 3D reconstructions. They found differences in the electrophysiological properties of the two types of cells, with Som+ cells showing greater excitability. The structures of the two types of cells were also shown to differ, with the dendrites (extensions of nerve cells that branch in a tree-like fashion) showing more complex branching patterns in Som+ cells than PKCδ+ cells.

The findings of this study demonstrate structural and functional differences between Som+ cells and PKCδ+ cells in the central amygdala that support previous evidence that these two groups of cells have different and often opposite roles in a variety of behavioral responses. They set the foundation for future studies to identify the cellular mechanisms by which these cells modulate behavioral outputs, including pain-related behaviors.