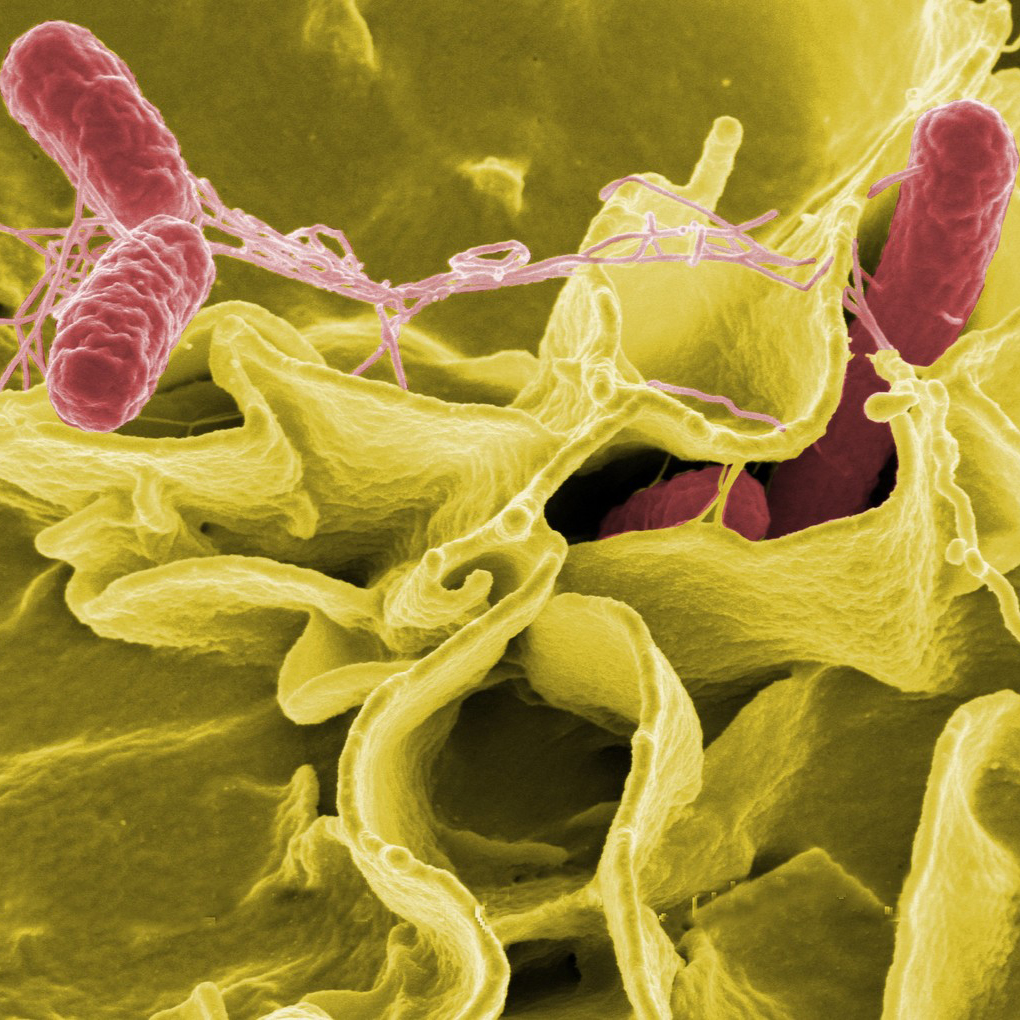 A multicenter team of scientists led by researchers at Harvard Medical School has found that nerve cells in the mouse gastrointestinal (GI) tract play a crucial role not just in sensing disease-causing Salmonella bacteria but also in defending the body against them. The study, supported in part by the National Center for Complementary and Integrative Health (part of the National Institutes of Health), was recently published in the journal Cell.

The study showed that pain-sensing nerves (nociceptors) in the small intestine and underlying lymphatic and immune tissue called Peyer’s patches defend against Salmonella bacteria via releasing a neuropeptide called CGRP in two ways: by regulating cellular gates, called Peyer’s Patch M cells, that allow microorganisms and various substances to go in and out of the intestine, and by increasing the number of protective GI tract microorganisms called segmented filamentous bacteria (SFB). (Watch how this happens in a 1-minute video from Harvard on this page.) Both of these defense mechanisms worked well in mice with intact GI tract nerve cells but not in mice in which the nerve cells had been inactivated.

The researchers say their finding that nociceptors regulate M cells has implications beyond Salmonella host defense. This mechanism may protect against other M cell–invading pathogens, including Shigella, E. coli, Yersinia, and prions.

This study adds to the growing evidence that the nervous system interacts in important ways with both the immune system and GI tract microorganisms. It expands knowledge of the role of the nervous system in host defense by showing that nociceptor neurons in the GI tract modulate several layers of GI physiology, including regulation of M cells, small intestine microbial communities, and defense against Salmonella.