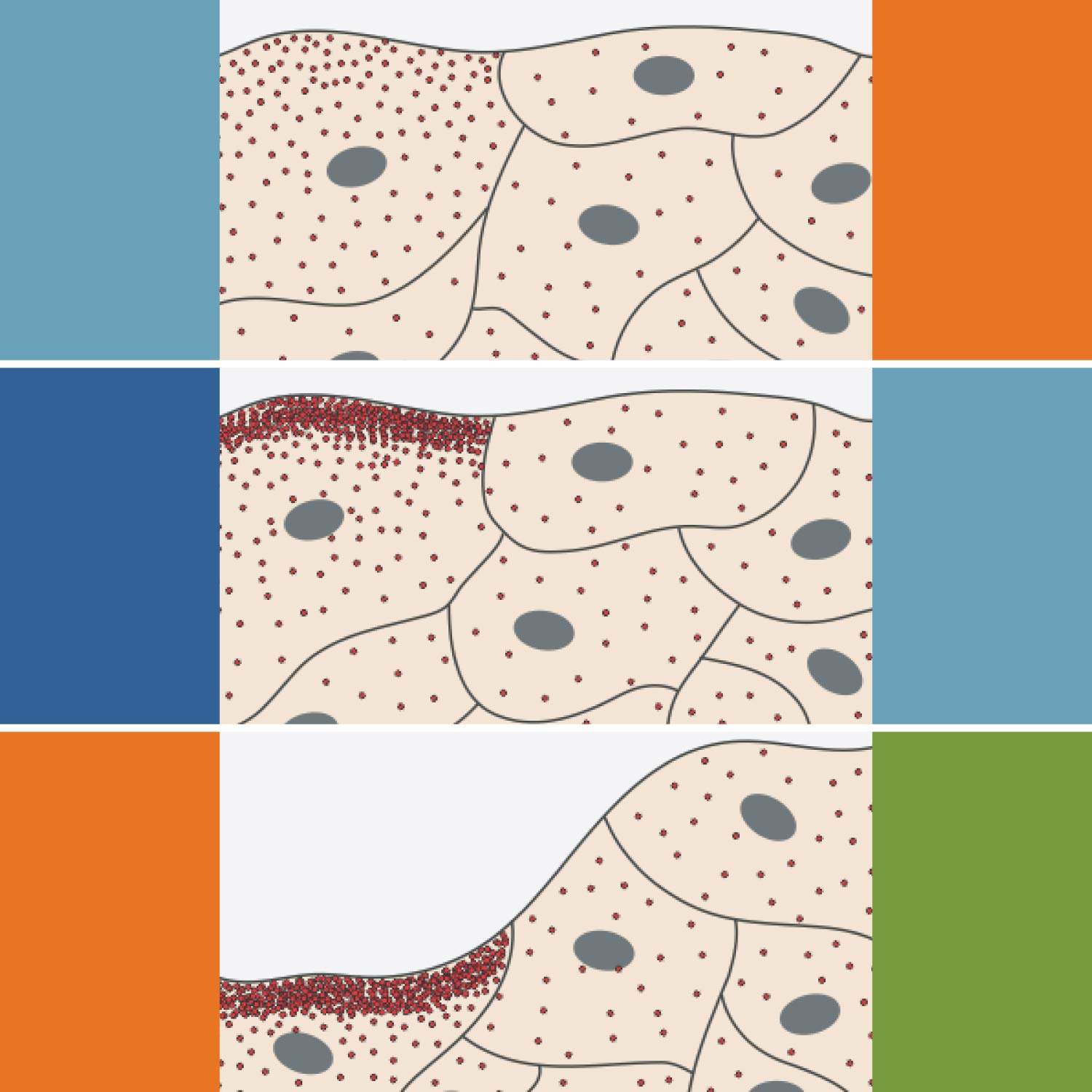 The ion channel PIEZO1, which spans cell membranes and helps convert mechanical forces into electrochemical signals, regulates skin cells called keratinocytes during wound healing and may be a target for developing medicines that speed up the healing process, according to a new study published in the journal eLife. The study, partially funded by the NIH New Innovator Award and supported by the National Center for Complementary and Integrative Health (NCCIH), was conducted by researchers at Scripps Research and the University of California, Irvine.

During the repair of wounded skin, keratinocytes—the predominant cell type in the outermost layer of the skin—migrate from the wound edge into the wound, where they play an essential role in regenerating the skin. Mechanical forces are known to regulate keratinocytes as they restore the skin. Now, new research has identified the biophysical mechanism underlying this process, showing that the mechanically activated ion channel PIEZO1 plays a key role.

These findings suggest that a topical medicine inhibiting PIEZO1 ion channels could help speed wound healing, potentially reducing the risk of infection. The authors note, however, that the quality of wound healing after PIEZO1 inhibition still needs to be assessed; slower healing may have advantages. The authors say it is also important to determine whether inhibiting PIEZO1 channels has any negative effect on normal sensation of mechanical stimulation or on other important functions in keratinocytes.

On a broader perspective, the authors noted, the study’s findings have implications beyond wound healing to processes like development, homeostasis, disease, and repair.