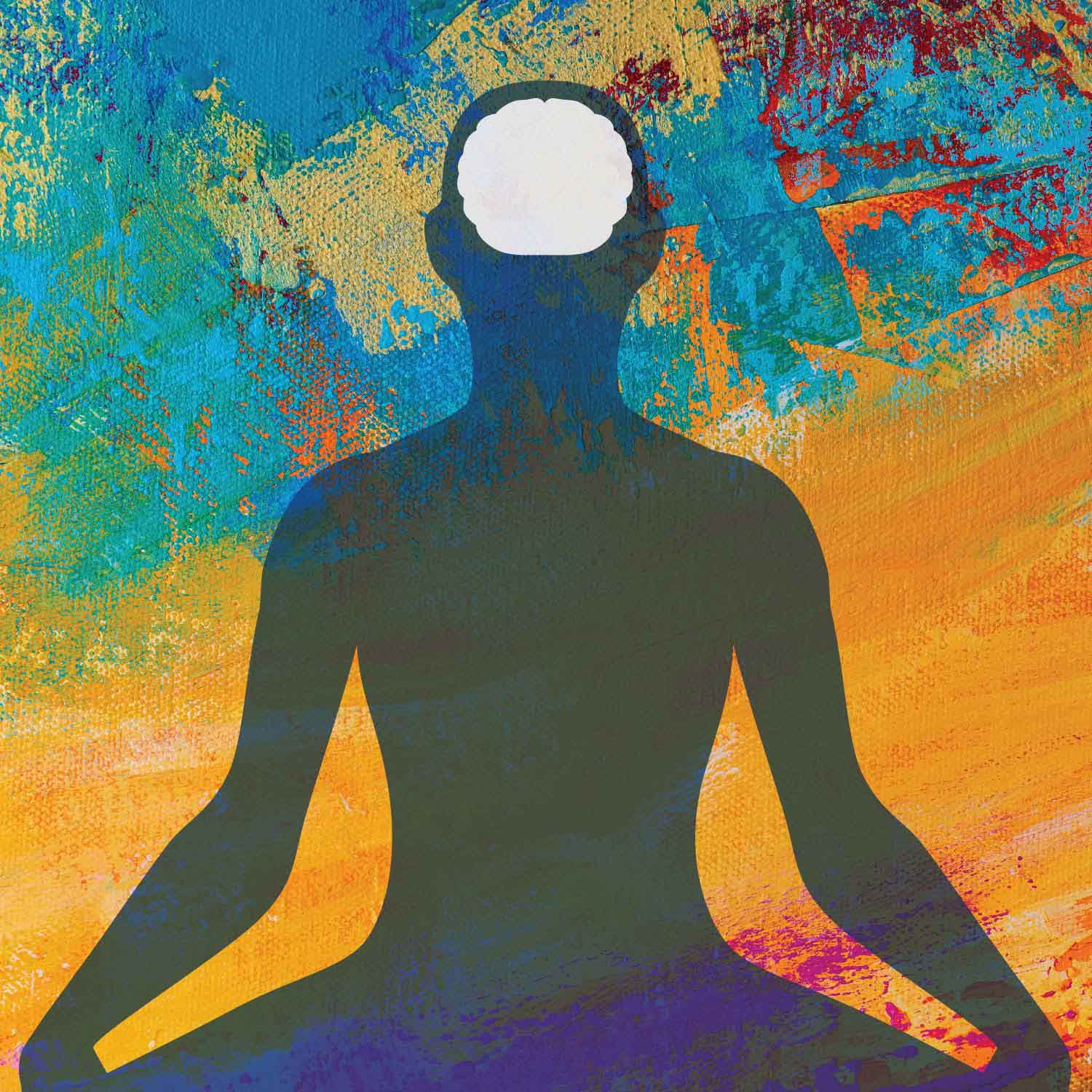 In a recent proof-of-principle study, researchers developed a new framework, based on functional magnetic resonance imaging (fMRI) data, to identify mental states during meditation, including the focus-on-breath state and mind wandering, and to estimate how much time meditators spend in each state. The study—partially funded by the National Center for Complementary and Integrative Health—was recently published in the journal Frontiers in Human Neuroscience.

Meditation practices are often used to promote interoception, an internally oriented attention to bodily sensations. However, exactly how meditation impacts internal attention states, such as the focus on breath, has been unclear because of a lack of measurement tools to objectively assess mental states during meditation. The current study aimed to address this measurement gap.

Researchers from the University of Texas at Austin, University of Toronto, University of Wisconsin-Madison, and University of California, San Francisco tested the feasibility of applying multi-voxel pattern analysis (MVPA) to single-subject fMRI neural data to learn and recognize internal attention states important for breath-focused meditation. The study participants were 16 healthy adults between the ages of 25 and 65. Eight were experienced meditators, and eight were novice controls without regular meditation experience. The participants’ brain patterns were determined for five modes of attention during an internal attention task. The meditation-related states were breath attention, mind wandering, and self-referential processing. The control states were attention to feet and attention to sounds.

Across participants, all five states were significantly recognized well above chance. At the individual level, the states were recognized in most participants (87.5 percent), suggesting that recognition of internal attention neural patterns may be generalizable for most people.

Next, the researchers applied the learned brain patterns to a 10-minute session of breath meditation to estimate the percentage of time spent in the different internal attention states. Preliminary group-level analyses showed that during meditation, participants spent more time attending to breath than mind wandering or self-referential processing.

The results of this study have helped make invisible internal processes visible and quantifiable. The researchers concluded that their findings establish the feasibility of using MVPA classifiers to objectively assess mental states during meditation. The development of measures to precisely assess the attentional qualities cultivated by meditation may provide the measurement power needed to rigorously test the attentional and emotional mechanisms through which meditation may improve health and well-being.

8 Things to Know About Meditation and Mindfulness

Meditation and Mindfulness: What You Need To Know