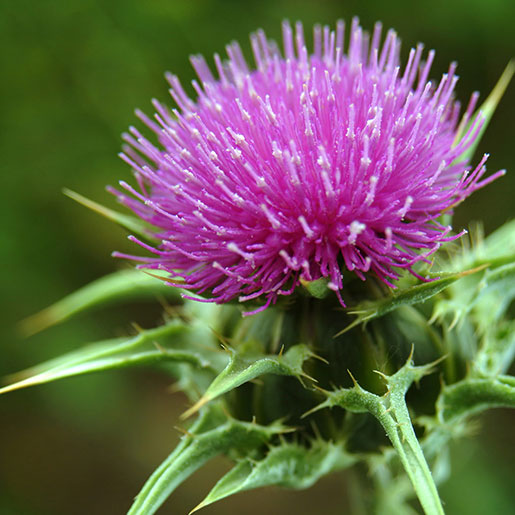 Results from a new analysis of the milk thistle extract silymarin suggest that the compound protects cells via processes that suppress cellular metabolism, activate stress pathways, and downregulate inflammatory signaling. Researchers at the University of Washington published the study, which was supported in part by NCCIH, in the Journal of Natural Products.

Silymarin is the dietary supplement most commonly used by people with hepatitis C, a viral liver disease. Although preliminary laboratory studies found that silymarin exerted antiviral, anti-inflammatory, antioxidant, and liver-protective effects, researchers still don’t fully understand why, and those benefits were not seen in clinical trials (studies in people) of milk thistle for liver diseases.

In more detail, silymarin in the study:

Silymarin has company among natural products in this kind of two-phased process, the authors note, giving curcumin and EGCG (epigallocatechin gallate, a component of green tea) as examples. How these products alter cell metabolism and kick off stress signaling to promote cell repair and survival more than cell death, and how such pathways relate to inflammatory signaling, are areas recommended for future research. Using natural products as tools to define how cellular stress links to inflammatory status may reveal opportunities for selective reprogramming of cellular metabolism to alter immune and inflammatory responses in health and disease.