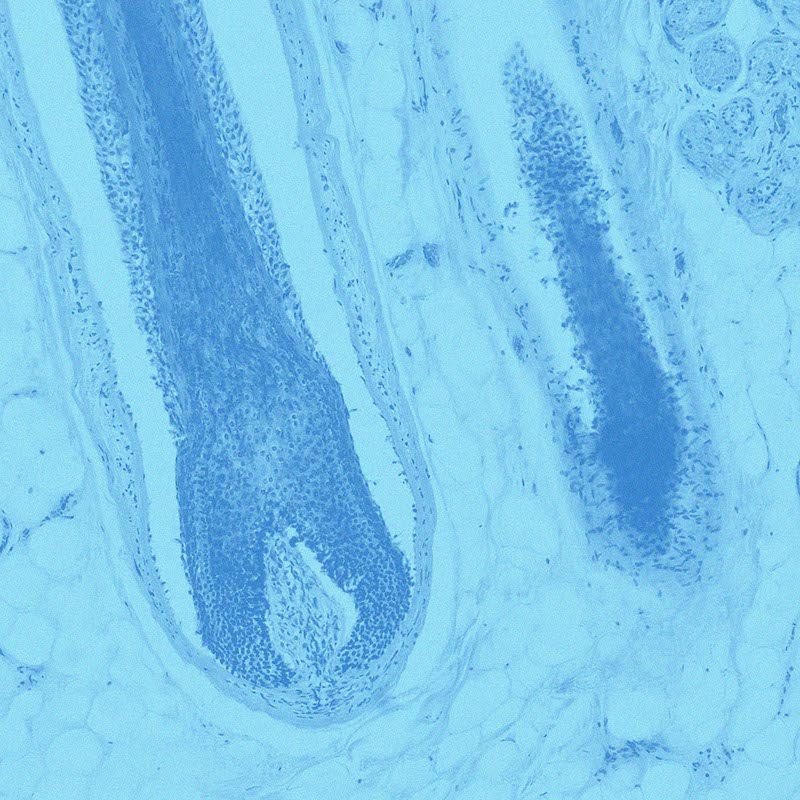 New animal research funded in part by the National Center for Complementary and Integrative Health (NCCIH), a component of the National Institutes of Health (NIH), suggests that stress-induced hair graying in mice may be an accessible model to investigate how stress influences tissue regeneration. This research by a multicenter team of scientists was published in a recent issue of the journal Nature.

In their research, the scientists found that hair graying in black-furred C57BL/6J mice results from activation of the sympathetic nerves that innervate melanocyte stem cells (a melanocyte is a cell in the skin and eyes that produces and contains the pigment called melanin). Under conditions of stress, this activation leads to burst release of the neurotransmitter noradrenaline (norepinephrine), which then leads to the rapid proliferation of melanocyte stem cells. This is followed by their rapid differentiation, migration, and permanent depletion.

The scientists say their findings show that acute stress can lead to irreversible depletion of somatic stem cells via activation of the sympathetic nervous system, resulting in permanent damage to tissue regeneration. These findings, they say, support the emerging notion that the sympathetic nervous system not only regulates body physiology but also influences a variety of processes in development and tissue maintenance. Future research, they say, may point to whether these mechanisms also contribute to the loss of melanocyte stem cells that occurs during aging, and whether stress might mimic an accelerated aging process.