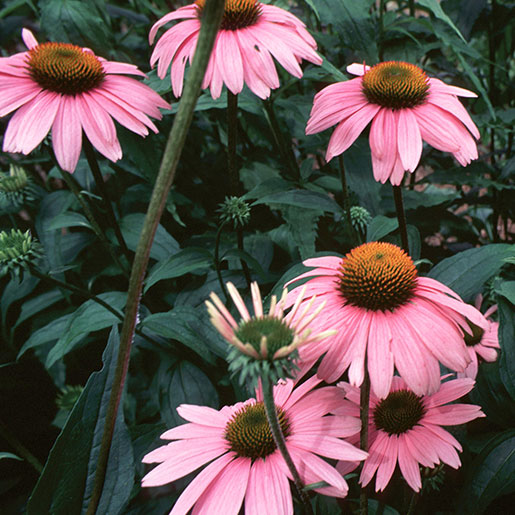 Results of a 2016 study add to the growing body of literature suggesting that differences in the bacteria inside echinacea plants may determine whether and how much the herb enhances the immune system and fights infectious diseases like the common cold. Both the types of bacteria and the quantity of bacteria within the plants may contribute to differences in their effects. The study, conducted at the University of Mississippi and Mississippi State University and supported by the National Center for Complementary and Integrative Health, was published in the journal Planta Medica and awarded Most Innovative Paper of the Year (2016) by the editors of that journal.

Echinacea has been widely used as a dietary supplement for the common cold and other infections, based on the idea that it stimulates the immune system. However, clinical studies on whether it works for this purpose have been inconsistent and not easily interpreted?in part because the studies used different plant species and different plant parts, and the material was sourced from different areas. In addition, echinacea’s mechanism(s) of action for therapeutic effects have not been completely established.

The researchers obtained Echinacea purpurea plant materials from commercial growers as well as freshly harvested plants (cultivated in greenhouses or growing wild). Fresh plant material was frozen immediately to prevent acquisition of additional bacteria. The team then isolated bacterial colonies from the plant materials, treated them in the laboratory, prepared extracts, and measured the extracts’ ability to stimulate macrophages (a macrophage is a type of white blood cell). Additional tests identified each bacterial taxon (i.e., biological classification) that might have contributed to this activity.

The researchers found the plant samples contained representatives from 38 different taxa of bacteria. The most common was Proteobacteria, which was also the most powerful macrophage activator. For both the fresh plant material and the extracts, the degree of macrophage activation was determined by both the amount and types of bacteria.

The researchers noted these findings could help explain why the results of clinical trials of echinacea to treat the common cold have been inconsistent. They also noted that the results add to a growing body of evidence that taking certain types of bacteria or bacterial components by mouth could impact human health.