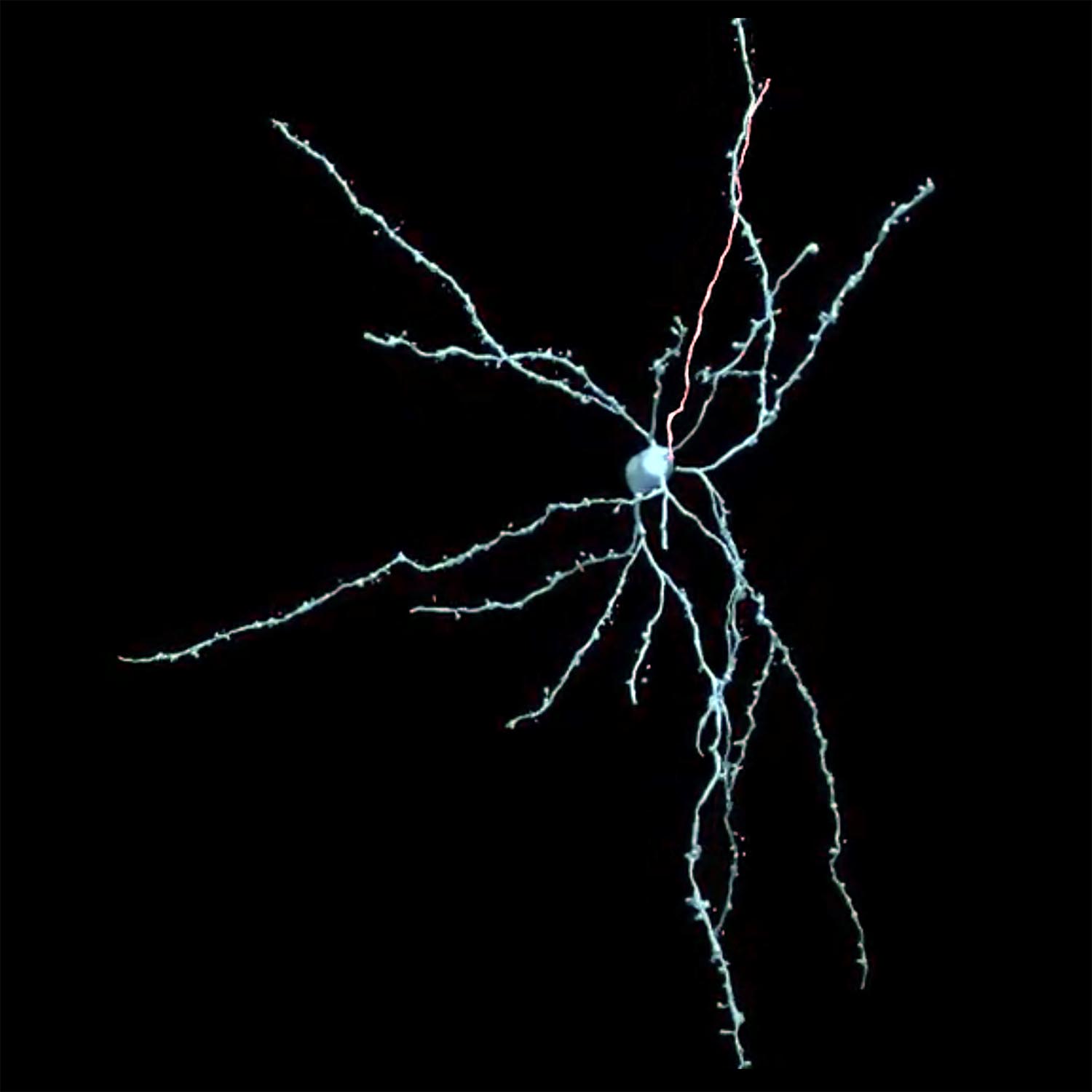 Yarimar Carrasquillo, Ph.D., leads the Behavioral Neurocircuitry and Cellular Plasticity Section in the NCCIH Intramural Division. The main goal of the lab is to identify anatomical, molecular, and cellular mechanisms that underlie pathological pain states. Research will focus on the amygdala, a structure in the limbic brain system that plays critical roles in the modulation of tactile hypersensitivity, pain-related aversion learning, and pain-induced changes in anxiety-related behaviors in rodent models of persistent pain.

Parallel studies in the lab use anatomical, behavioral, electrophysiological, and optogenetic approaches to define how alterations in the excitability of amygdala neurons affect function at a circuit-level. These studies focus on evaluating the physiological impact of the modulation of neuronal excitability in distinct anatomical pathways to and from the amygdala on different components of persistent pain, including the sensory, affective and cognitive components.

We are now accepting postdoc applications! Submit your application to Dr. Yarimar Carrasquillo. 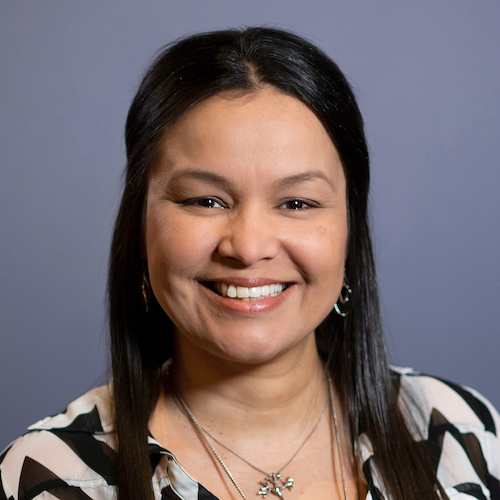 Dr. Yarimar Carrasquillo joined the Pain and Integrative Neuroscience  Branch of the National Center for Complementary and Integrative Health (NCCIH) at the National Institutes of Health (NIH) as an Investigator in 2014. In her lab, Dr. Carrasquillo directs a multifaceted, multidisciplinary research program focused on delineating the anatomical, molecular and cellular mechanisms that underlie pain perception and modulation.

Dr. Carrasquillo received her B.S. in Biology from the University of Puerto Rico, Rio Piedras and her Ph.D. in Neuroscience from Baylor College of Medicine. She started her scientific career by studying the molecular basis of learning and memory as a Minority Biomedical Research Support Program (MBRS) Undergraduate Trainee in the lab of Dr. Sandra Peña de Ortiz. She continued studying the neural mechanisms underlying behavior during her graduate training in the lab of Dr. Robert W. Gereau at Baylor College of Medicine.

Her graduate work revealed critical roles for the amygdala in the modulation of persistent pain and also demonstrated that the extracellular signal regulated kinase (ERK) plays a role in this process. Her postdoctoral studies in the lab of Dr. Jeanne Nerbonne at Washington University School of Medicine revealed previously unappreciated molecular and functional diversity of repolarizing voltage-gated K+ currents in central neurons.

Luis Rivera is a predoc fellow in the Section on Behavioral Neurocircuitry and Cellular Plasticity. He can be reached at luis.rivera2@nih.gov or (301) 443-7983.

Sudhuman Singh, Ph.D., is a visiting postdoc fellow in the Section on Behavioral Neurocircuitry and Cellular Plasticity. He can be reached at sudhuman.singh@nih.gov or (301) 594-2477.

Omar Soler-Cedeno, Ph.D., is a postdoc fellow in the Section on Behavioral Neurocircuitry and Cellular Plasticity. He can be reached at omar.soler-cedeno@nih.gov or at (301)594-2477.

Torri Wilson joined the Carrasquillo lab in April 2014. She received a bachelor's degree in animal sciences from the Virginia State University in Petersburg. Torri has extensive research experience as an animal biologist. She assists with animal colony maintenance and laboratory management. 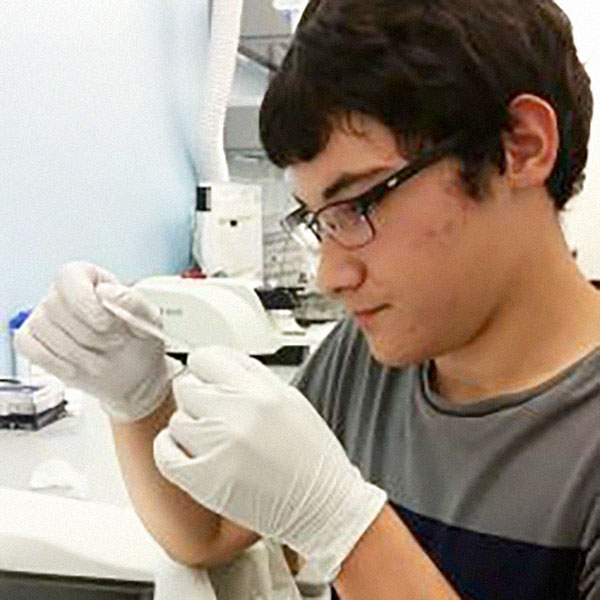 Simon Arango joined the Carrasquillo lab in April 2015. He is currently a student in the Humanities Magnet Program at Poolesville High School. Simon’s project aims at identifying brain regions that are recruited in a mouse model of persistent inflammatory pain using immunohistochemical approaches and activated ERK (pERK) as a marker of plasticity. 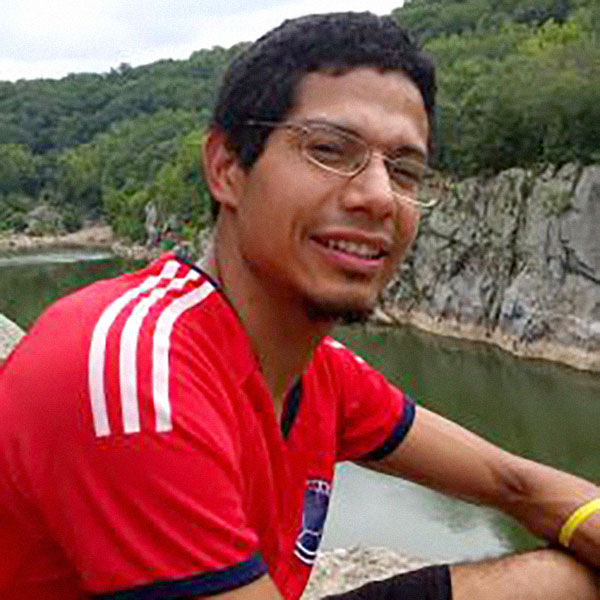 Yonatan Arnold joined the Carrasquillo Lab in January 2015. He received a bachelor’s degree in sociology and history from Mars Hill University in North Carolina. Yonatan is interested in acquiring hands-on experience in basic science research with the goal of pursuing a Ph.D. degree in neuroscience. Yonatan spends his spare time in the lab assisting with histological experiments and quantification of images. 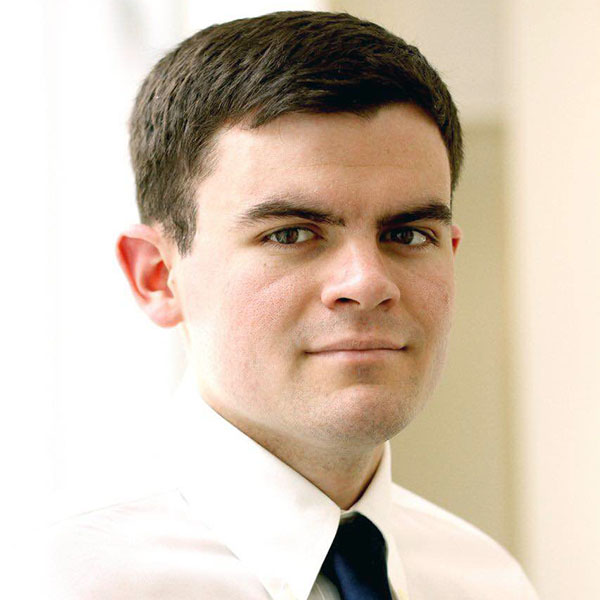 Jon MacLeod joined the Carrasquillo lab in June 2014. He received a bachelor's degree in neuroscience from the College of William and Mary in Williamsburg, Virginia. Jon uses anatomical and histological approaches to determine the molecular identity of nociceptive-responsive neurons in different regions along the pain neuraxis. 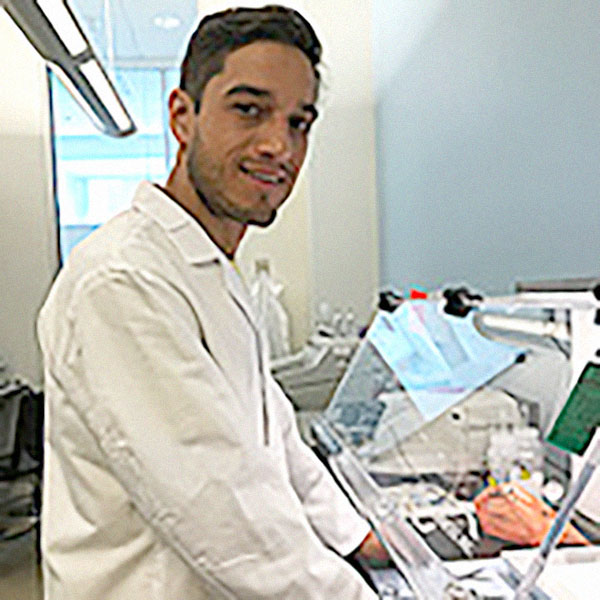 Santiago Martinez Gonzalez joined the Carrasquillo lab in September 2016, working part-time as a special volunteer and transitioned to a post-doctoral fellow in June 2017. He received a bachelor’s degree in biological sciences from the University of Maryland in College Park and completed a medical degree at the Universidad del Rosario in Bogotá, Colombia. Santiago is interested in pursuing post-graduate medical training combined with training in biomedical research. He is currently working on a project that aims to establish the underlying brain mechanisms by which chronic visceral pain develops and persists in the absence of no apparent pathology in the viscera and its relationship with maladaptive changes in affective behaviors. 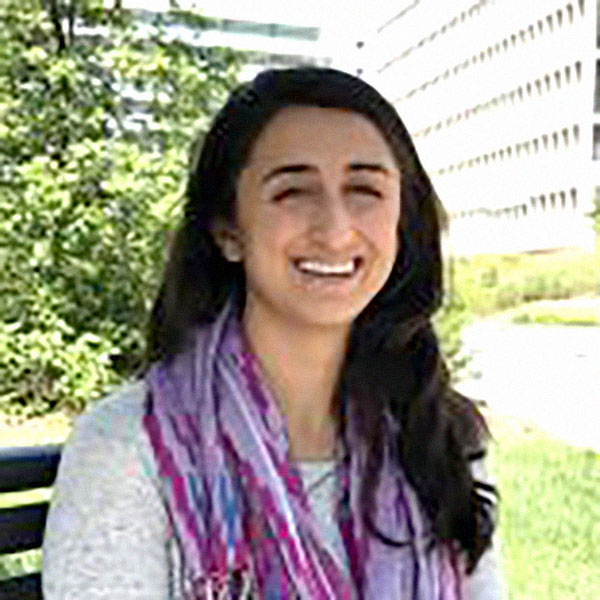 Aleisha Khan was a postbac IRTA (Postbaccalaureate Intramural Research Training Award) fellow in the Section on Behavioral Neurocircuitry and Cellular Plasticity lab. Aleisha graduated from Duke University in 2015 with a bachelor of science in neuroscience. There she studied topics ranging from cellular and molecular to cognitive and computational neuroscience. Of special interest to Aleisha is the cell and molecular mechanisms of synaptic plasticity, as well as the neurocircuitry of psychiatric disease. In the Carrasquillo lab, Aleisha has assisted in conducting and designing histological experiments by collecting thin coronal slices from fixed frozen mouse brains, and performing single, double, and triple free-floating immunofluorescent staining. She has also assisted in developing confocal imaging, neuroanatomical mapping, and electrophysiological techniques for exploring and manipulating neuroanatomical circuitry. 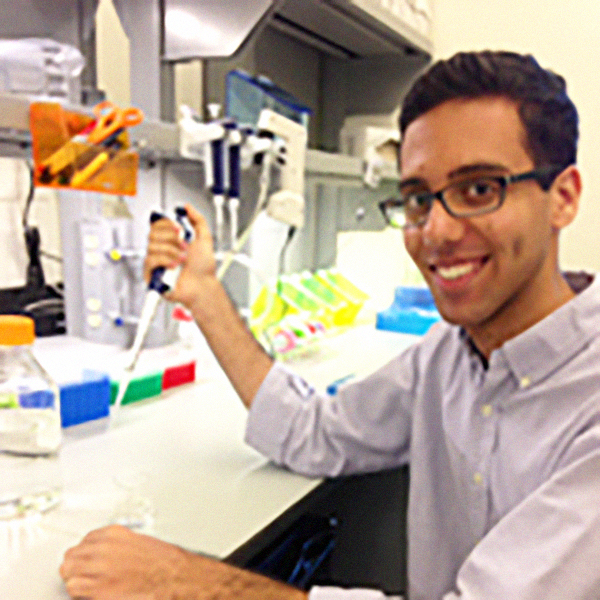 Gary Soroosh joined the Carrasquillo lab in May 2014. He is currently an undergraduate student in the Integrated Life Sciences Honors Program at the University of Maryland in College Park. Gary's project evaluates the time-dependent changes in the expression of endogenous molecular signals in the amygdala in a rodent model of inflammatory pain using histological approaches. 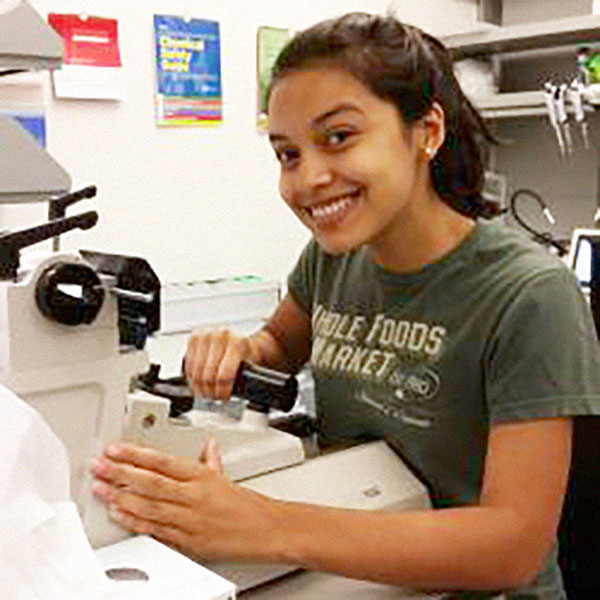 Daniela Velasquez joined the Carrasquillo Lab in August 2015. She is currently an undergraduate student at Towson University in Maryland. Daniela is interested in pursuing a graduate career in the biomedical field. She volunteers in the lab during her school breaks and assists with histological experiments.

Full list of publications for Yarimar Carrasquillo, Ph.D. on PubMed.

Section on Sensory Cells and Circuits